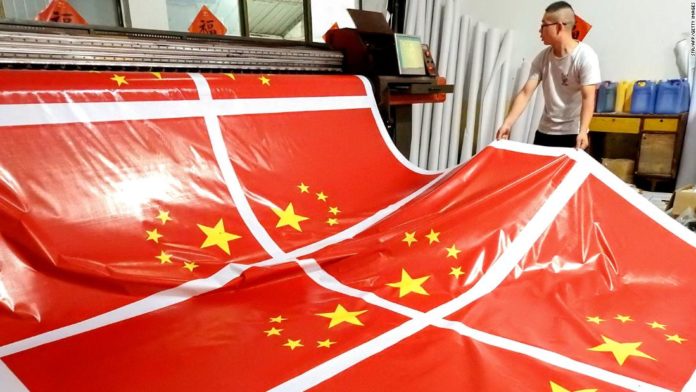 The NBA has found itself in a conundrum similarly faced by airlines, hotel chains, retailers, tech companies and virtually any company that wants to do business in China: Toe the Communist party line on Hong Kong protests, Uyghur Muslims, Taiwan’s independence claims and Tibet — or face threats of losing access to the market.
“If you are doing business in China, your political views will be sanitized…” in line with China’s wishes, said Ian Bremmer, president of Eurasia Group, on CNN’s “New Day” Tuesday.
Before these Hong Kong protests, the most visible flashpoint has been Taiwan. Airlines quickly caved to Chinese demands to change drop-down menus and maps to read “Taiwan, China” rather than simply “Taiwan.” Taiwan is a self-ruled democracy that Beijing insists be treated as part of mainland China. China’s aviation authority demands Hong Kong and Macau must also be clearly labeled as part of China.
At the time, the US government called China’s language police “Orwellian nonsense.” The White House “will stand up for Americans resisting efforts by the Chinese Communist Party to impose Chinese political correctness on American companies and citizens.”
But the companies themselves rarely stand against the Chinese government: Gap (GPS) last year apologized for a T-shirt with a map of China that did not include Taiwan. Tech blogs noticed this week that Apple is hiding the Taiwan flag from its emoji keyboard for users whose iOS settings are Hong Kong or Macau. Last year, a Marriott (MAR) employee was quickly fired, and Marriott apologized, for liking a social media post about Tibet.
It goes beyond just swallowing your democratic principles to sell T-shirts or plane tickets. It’s a major concern for China hawks who say the regime uses American technology at odds with American human rights standards — say, to track Hong Kong protestors or to monitor and detain Muslim minorities in the remote Northwest of the country.
China claims it is combating terrorism. The Commerce Department sees otherwise and has added 28 Chinese companies to its list of banned exports, trying to keep American companies from helping China’s police state.