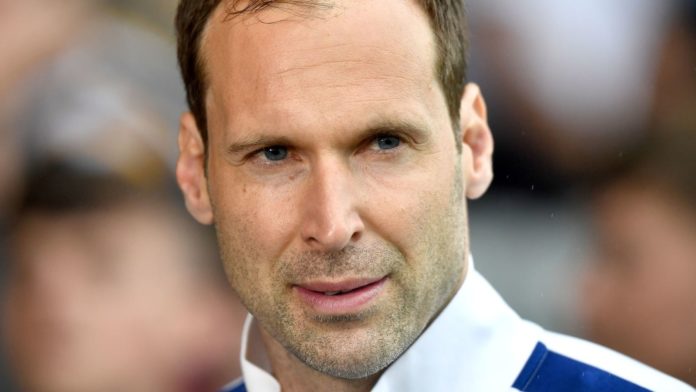 Former Chelsea and Arsenal goalkeeper Petr Cech has embarked on a new career in ice hockey after signing for Guildford Phoenix.

The 37-year-old, who is currently technical and performance adviser at Chelsea, retired from professional football at the end of last season.

Cech trained with another ice hockey side, the Guildford Flames, earlier this year and the former Czech Republic international has since joined the Phoenix as a goaltender.

“I am delighted to have the opportunity to play with the Phoenix to get match experience,” Cech said in a statement on the club’s website.

“I hope I can help this young team to achieve their goals for the season and try to win as many games as possible when I have the chance to play.

“After 20 years of professional football this is going to be a wonderful experience for me to play the game I loved to watch and play as a kid.”

The Phoenix, who were founded in 2017, are in the fourth tier of Britain’s ice hockey pyramid.

Head coach Andy Hemmings said: “The signing of Petr is massive for the Phoenix. He is a great guy who trains hard and I cannot wait to see him make his debut.”

Club head coach Milos Melicherik added: “We are very excited to have Petr join the Phoenix team and we are looking forward to seeing him in action in weekend.

“He has improved a lot since I first saw him on the ice and I am excited to see him play.”

Cech could make his debut for the club when they face the Swindon Wildcats 2 on Sunday.