Home Sport Argentina battle back to draw in Germany 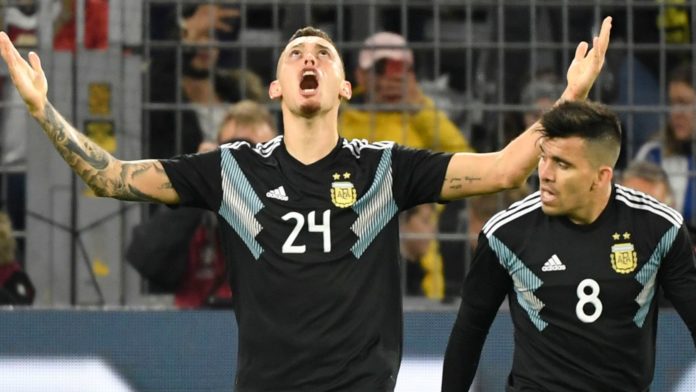 Argentina produced a wonderful second-half comeback to draw 2-2 with Germany in an international friendly at Signal Iduna Park.

To use the great football cliche, it was a game of two halves, as Germany raced into a two-goal lead. Serge Gnabry (15) continued his fine recent form with the opener before Kai Havertz (21) scored his first international goal to give Germany a seemingly comfortable 2-0 lead.

But with plenty of speedy turnovers in the opening period, Germany looked to run out of puff in the second half as Argentina fought back. Lionel Scaloni made some inspired substitutions as Lucas Alario (61) pulled one back for the visitors not long after coming on before Lucas Ocampos (85) levelled things up late on.

Germany will be back in European Qualifiers action on Sunday, travelling to Estonia live on Sky Sports, while Argentina play another friendly against Ecuador in Elche, Spain.