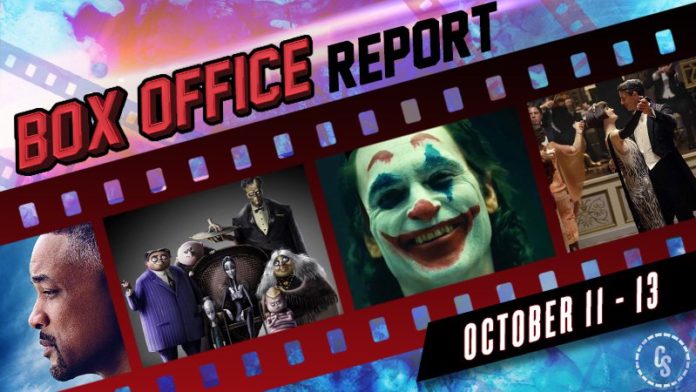 The Joker is still wild as the Todd Phillips standalone DC movie once again ruled the box office during its second weekend. The Joaquin Phoenix-starrer grossed an estimated $55 million domestically to remain #1 with a $192.7 million total (the biggest October second weekend ever), while overseas it took in an additional $123.7 million in 79 markets, representing a holdover drop of just -29%. This brings the overseas cume to date to an outstanding $351.2m after only 12 days in release, and the worldwide running tally has already crossed the half a billion mark and stands at $543.9m. At this rate, Joker should pass 2017’s Justice League ($657 million) and 2013’s Man of Steel ($668 million) worldwide very shortly, but on a MUCH lower $55 million budget, making this a huge win for Warner Bros.

In second place was MGM’s animated The Addams Family, which opened on the higher end of expectations with an estimated $30.3 million domestically. The family film should have plenty of legs as it takes advantage of the Halloween season over the next three weeks. The previous live-action films directed by Barry Sonnenfeld, 1991’s The Addams Family and 1993’s Addams Family Values, grossed $113.5 million and $48.9 million, respectively.

Paramount’s big budget action spectacle Gemini Man opened in third to a disappointing $20.5 million, likely hurt by poor reviews and the fact that only 14 theaters around the country were showing the film in its intended 120FPS format. For a Will Smith movie that’s far more in line with the domestic openings of his more low key dramas like 2015’s Focus ($18.6 million) and 2008’s Seven Pounds ($14.85 million) than his big sci-fi blockbusters. It’s even under the $27.5 million opening of his 2013 sci-fi dud After Earth. Overseas the Ang Lee film is now at $39 million, giving it a worldwide total of $59 million.

DreamWorks Animation and Universal’s yeti movie Abominable took in $6.17 million to land in fourth place, giving it $47.9 million domestically. It also crossed the $100 million mark worldwide when it took in an additional $15 million overseas, giving it a worldwide cume of $108.1 million.

Finally in fifth place is Focus Features’ Downton Abbey, which took in $4.9 million for an impressive domestic total $82.68 million and $152.7 million worldwide for the TV series adaptation. 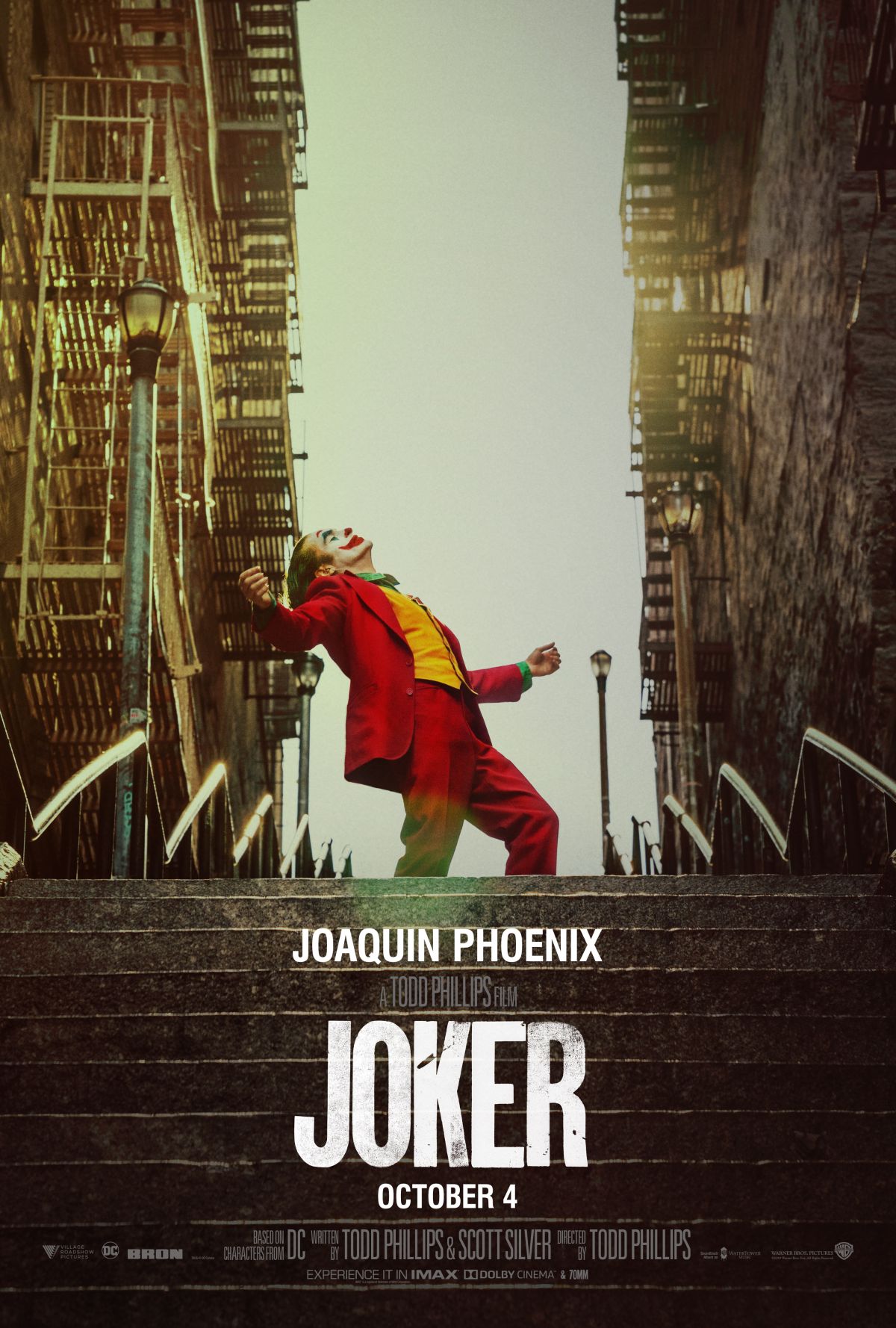