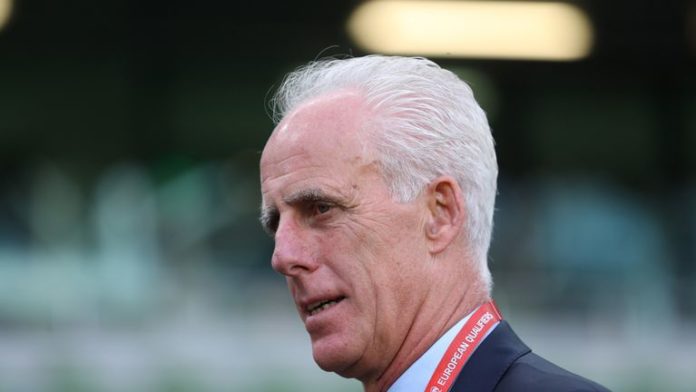 Mick McCarthy has defended the Republic of Ireland’s performance in Georgia, insisting he is happy with what they have to do to qualify for Euro 2020.

Ireland were held to a lacklustre 0-0 draw in Tbilisi on Saturday afternoon, with Denmark defeating Switzerland 1-0 in the evening to join them at the top of Group D on 12 points after six fixtures.

But McCarthy’s side will progress to next year’s finals with a victory over Switzerland, who they play in Geneva on Tuesday night – live on Sky Sports.

Even if they fail to see off the Swiss, Ireland will still book their place at Euro 2020 if they can beat Denmark under lights at the Aviva Stadium on November 18.

“I don’t get it, I really don’t get it. I think everybody would have taken the position we’re in now, going to Switzerland and if we win, we qualify; if we beat Denmark, we qualify,” McCarthy told FAI TV.

“Of course, the peddlers of doom and gloom will say ‘well, we’ve no chance of winning’. I don’t get that. Who knows, who knows what will happen?

“We’ve been all right. We’ve done better against the better sides, we’ve given better performances. I’m looking forward to it – the pressure is on them [Switzerland] on Tuesday night.”

Switzerland trail both Ireland and Denmark by four points, but have played a game fewer and would expect to complete their fixtures next month with a maximum six points from a home clash with Georgia and a trip to Gibraltar.

McCarthy added: “It’s left us that if we win one of the games, we qualify. That’s what I’m led to believe.

“It’s head-to-head against them, so if we win on Tuesday, we’ve qualified.

“If you’d have said that to me on December 1 when the draw was [made], I’d have taken it, of course I would.”

The 19-year-old came off the bench at the Boris Paichadze Arena and very nearly snatched victory with two chances late in the game.

McCarthy said: “He’s come into the squad, he had his cameo at the end, and then of course the question is, could I have played him more?

“Well, I could have started him and he might not have played very well from the start in a rough and tumble game. He might have scored from the start, all those scenarios.

“But had he started and not played well, then that would have been, ‘well, he shouldn’t have had a debut’, usual stuff, which I know is coming. It doesn’t matter what happens, you’ll get picked holes on whatever happens.

“I think he did great when he came on. He had his chances in a game that was starting to get stretched, starting to become wide-open.

“So he’s had a really good cameo appearance and I’ve no doubt he’s ready to start.”