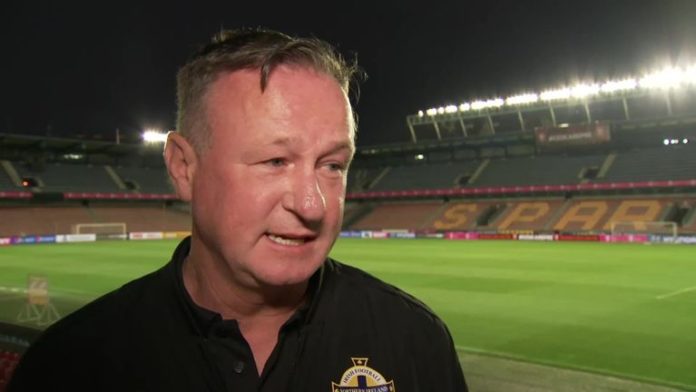 Michael O’Neill has questioned why Netherlands found it so difficult to beat Northern Ireland after Ronald Koeman labelled his side’s approach as “terrible to watch”.

Netherlands moved top of Group C with their hard-earned win and O’Neill believes the comments from his managerial counterpart showed a lack of respect to the visitors.

“I think it is a little bit poor from him given the level of coach he is,” O’Neill told Sky Sports News.

“It is not our job to set our team up and go to Holland and be beaten easily and they say, ‘it’s great you came here’.”

“It is easy to comment on the other team when you have got a squad littered with world-class players.

“It is not our job to set our team up and go to Holland and be beaten easily and they say, ‘it’s great you came here’. That is not the way we approach the game.

“We went there with the intention of trying to qualify for a major tournament. We still have that opportunity.

“We won’t dwell too much on that. At the end of the day, if we were so terrible, I suppose the question is why was it so difficult to beat us in that case.”

O’Neill, whose side are now third in the group and still have Netherlands at home and Germany away to come, believes the manner of the hosts’ celebrations at their victory is proof his side rattled this year’s Nations League finalists.

“I think it was evident that was the case. There is no doubt about that,” O’Neill said.

“When you go 1-0 ahead with 15 minutes to go you are close to having a really historic result. But equally we have to give credit to them because they managed to claw their way back into the game. They have got real class, we saw that.

“But for all the possession that they had, Bailey (Peacock-Farrell) has had busier nights. Maybe they should have given us a little more credit.”

Northern Ireland next face Czech Republic, who shocked England last week, in a friendly on Monday and O’Neill believes the match offers a good test should they finish third, which could still offer the opportunity to qualify for next summer’s finals via the play-offs.

“If we are in a play-off situation for Euro 2020 you could possibly have to come to somewhere like this and win,” he said.

“They are one-off games so the experience of this will be good for our players regardless of the result.”