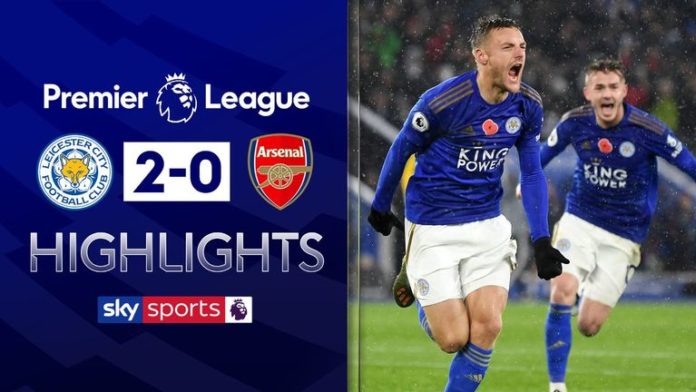 Jonny Evans insists Leicester can only be judged after Christmas as he remained cautious over their Premier League title challenge.

Brendan Rodgers’ side moved up to second place going into the international break with a 2-0 victory over Arsenal on Saturday as they claimed a sixth win in their last seven league matches.

Leicester ended the weekend nine points clear of fifth-placed Sheffield United, but Northern Ireland defender Evans refused to get drawn into any talk of a repeat of their title-winning heroics.

“I don’t think you’ll be able to judge that until after Christmas when we’re getting into it,” Evans said when asked about Leicester’s chances.

“We know how seasons can finish. It’ll be tough. We need a big squad to do that, and all firing in the right directions.

“We’ve shown we can battle games out but we’ve just got to do what we’re doing and see where it takes us.

“It’s still really early on in the season. If you look at it there’s still teams like Sheffield United sitting fifth. So we know it’s going to be a long season and every team can beat everyone.

Vardy wins Player of the Month

“We’re in good confidence at the moment but the next period, especially being Christmas, will really test everyone’s squad.”

Jamie Vardy scored his 11th of the season before setting up James Maddison to score a game-clinching second 15 minutes from time at the King Power Stadium against Arsenal.

Vardy was one of five members of Saturday’s squad to have won the league title three years ago, but Evans refused to compare the teams.

“I think it’s hard,” said the former Manchester United and West Brom defender, who joined the Foxes in 2018.

“What they did that year was incredible. I suppose it’s a compliment, really, to be compared to that team.

“I think teams disrespected Leicester that season, in terms of probably not really realising how good they were, and kept being caught short.

“After that, teams tried to become aware that they played on the counter-attack and not over-commit.

“I’m sure teams realise we are a good side and in every game I think we’ve played well, given everyone a test.”

Locke & Key Featurette Teases the Netflix Series’ Version of the...