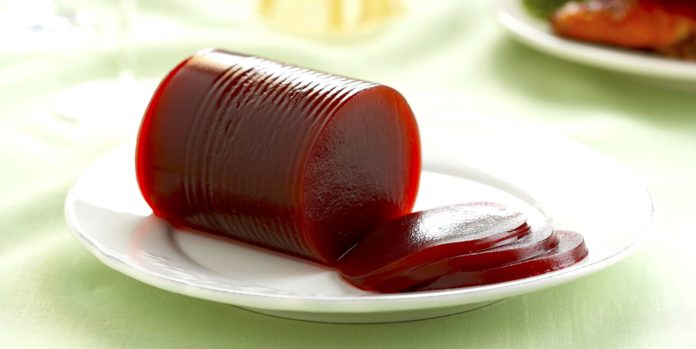 As we all know, canned cranberry sauce is the superior form of the Thanksgiving dessert masquerading as a side dish. That’s just fact. But when you pop the top off a can of the jelly substance, it’s anyone’s guess as to how it will actually come out of the can. After some brief polling, I’ve found that in most households, there’s a lot of shaking involved. Even some hitting. Not at my Thanksgiving table, though. From a young age, I had a job. Right after the turkey came out of the oven but just before the blessing, I was given the task of blowing the cranberry sauce.

This is, without a doubt, the most low-lift and foolproof way to get cranberry sauce out of the can for equal slices, without any tears. I, too, want you to blow your cranberry sauce this season, so here’s the simple, three-step process:

The small amount of air in the can, along with the double opening, unseals the vacuum, and the cranberry blob shoots right out the other side in one piece. Does it all sound vaguely sexual? Sure. But you no longer have to look like a dumbass, shaking a can of cranberry like a low-budget Shake Weight.

Everyone has their own customs to follow on Thanksgiving, but maybe the good work of my family can overlap with yours. At minimum, you can ask your least favorite family member to do it and make fun of them after—oh… I think I get it now.