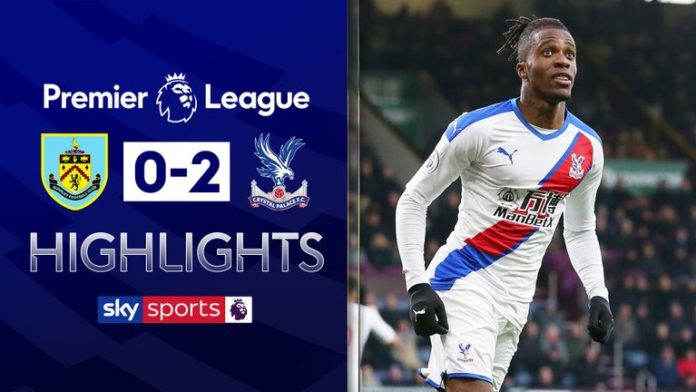 Hodgson: “We’ve never wanted to lose him. But, when you’re Crystal Palace, when a player does exceptionally well and there’s lots of clubs after them and prepared to pay big money, it’s not always that easy to keep hold of them”

Roy Hodgson is bracing himself for another transfer battle involving Wilfried Zaha when the window opens in January after the winger’s goalscoring performance in Crystal Palace’s win at Burnley.

Zaha handed in a transfer request in the summer but Palace rejected offers from Arsenal and Everton to keep the 27-year-old at Selhurst Park.

Chairman Steve Parish has said he would allow Zaha to leave in January for the right club at the right price and the winger has been in impressive form.

After scoring a belated first goal of the season in last weekend’s defeat by Liverpool, Zaha netted Palace’s opener just before half-time in the 2-0 victory at Turf Moor.

“He’s a good player isn’t he? He’s capable of causing problems to any defence anywhere in the world,” Hodgson said.

“When he’s in good form like he is, when he’s as concentrated as he was today – because his performance wasn’t only good going forward, it was also good defensively.

“And, of course, the goal that he scored and one or two chances that he helped set up, that’s what we need from him. Good for Wilf, that’s two goals in two games and, if he can keep that up, it will help us enormously to climb the table.

“We’ve never wanted to lose him,” Hodgson added. “But, when you’re Crystal Palace, and I think Burnley would regard themselves in the same situation, when a player does exceptionally well and there’s lots of clubs after them and prepared to pay big money, it’s not always that easy to keep hold of them.

“We can’t say to Wilf, ‘You’ve got to stay with us because we’ll be Champions League next year’.

“I’m happy that it [a summer transfer] didn’t materialise, I think he’s done exceptionally well to get over that and accept it and make certain he’s once again doing his level best for this club.

“Who knows, there might come a time in the future where we’re confronted with that situation again. But, until that day arrives, I’ll carry on working with him, being happy to be working with him and happy that we’ve got a player of his ability to help us win football matches.”

Palace had picked up only one point from a very tough run of five previous matches so this victory, secured by substitute Jeffrey Schlupp in the 78th minute, was timely.

“It was an impressive victory, an important one after the run of games we’ve had,” said Hodgson.

“I don’t think we’ve been in bad form or played poorly in recent games so it was important for me to keep the players believing that you don’t necessarily equate form with results.”

UK and US blame Russia for ‘reckless’ cyber attacks

‘Whose reality is it?’ Jirawut’s new exhibition asks