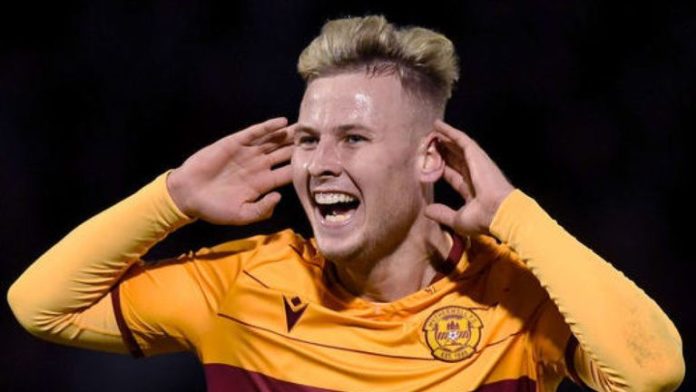 James Scott’s swift double propelled Motherwell to a comfortable 3-0 victory over St Mirren in Paisley as the Buddies went bottom of the Premiership.

The visitors had offered little as an attacking force before Scott netted an excellent solo goal in the 28th minute and he supplied another impressive finish five minutes later.

The 19-year-old’s only other Premiership goal this season was a spectacular effort against St Mirren and the attacker vindicated his first start since October 19 as he came close to a hat-trick on several occasions.

Allan Campbell netted from close range midway through the second half to continue the trend of Motherwell’s academy graduates scoring against the Buddies – Campbell, David Turnbull, Jake Hastie and Chris Cadden were all on target against the Paisley side last season.

Ross County came from behind to take all three points against Hibernian following a 2-1 victory in Dingwall.

It was a much-improved performance from the Staggies in the second half, with a double from Ross Stewart earning a result after Christian Doidge’s seventh goal in five games put Hibs ahead.

It ends a run of nine games without a win for County, who move to within two points of their opponents in the table.

Steven MacLean rescued a point for beleaguered Hearts with a late equaliser to deny Livingston their first win at Tynecastle in over 17 years.

The managerless Gorgie side were heading to a third straight loss and second bottom of the Premiership before substitute MacLean pounced on a loose ball inside the area to score in the 88th minute as the game finished 1-1.

The game could prove to be Austin MacPhee’s last as Hearts caretaker manager, with the club hoping to appoint Daniel Stendel as Craig Levein’s permanent successor.

St Johnstone hauled themselves off the foot of the Premiership as they recorded their first clean sheet on the road in 10 months to secure a hard earned point at Kilmarnock.

Not since they held Rangers to a goalless draw at Ibrox in February have Tommy Wright’s team prevented a home side from scoring.

But they shut out Kilmarnock at Rugby Park and, while St Johnstone were unable to get on the scoresheet, the point was enough to lift them up to 11th place.

This Central Asian country is an underrated gem