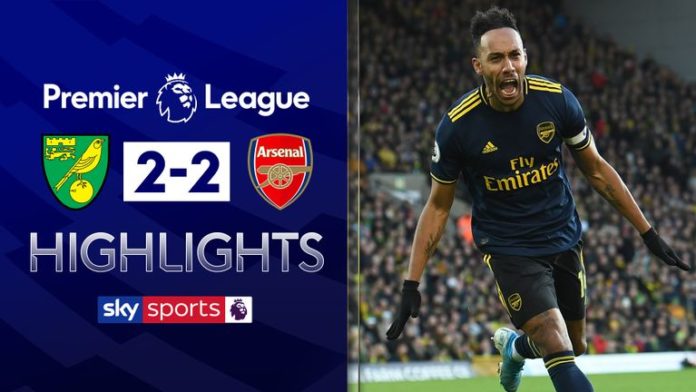 Arsenal interim head coach Freddie Ljungberg says Nicolas Pepe is not suffering from a crisis of confidence but revealed the pair will talk to address his form.

Pepe, 24, moved to the Emirates Stadium from Lille for £72m in the summer but has yet to put in the sort of performances which convinced the Arsenal hierarchy to smash their transfer record.

The Ivory Coast international, who has scored one goal in 12 Premier League games, appeared to lose the faith of former Arsenal head coach Unai Emery, who did not select Pepe in his final four games in charge before his sacking last Friday.

Ljungberg opted against bringing Pepe on as he chased victory in his opening game in charge – a 2-2 draw at struggling Norwich on Sunday – but the 42-year-old, promoted to interim head coach having been an assistant of Emery’s since the start of the season, feels Pepe will soon step up.

“Nico is someone who is a very, very good player,” Ljungberg said. “But sometimes when you come from a different league it takes time to adapt. Off the pitch and on the pitch.

“But Nico is someone I plan on talking to. We are going to have a little chat about things, how he feels because he is an important football player. But apart from that, that stays with me.”

Asked if he felt Pepe was low on confidence, the former Sweden international added: “No I don’t. I just think it’s a new country and a new way of playing. I’m going to have a little chat with him about what I expect and how I want to play.”

Ljungberg now has to decide if Pepe will come back into his side as he prepares to take charge of his first game at the Emirates Stadium when Brighton visit on Thursday night.

Whether Pepe is included or not, the spotlight in north London will be trained on Ljungberg and whether or not he can inspire a first victory in eight games.

“I do my job, I don’t try to seek the spotlight. That’s not my way,” Ljungberg added.

“Of course when I played we did press conferences so that’s normal. But what I prefer, what I love to do is to be on the football pitch, but this is part of the job as well.

“I try to be calm and composed and break down the points I think are important. The people I’ve spoken to is some people in the background of the club, they have a lot of football knowledge. I’ve spoken to them.

“Some external as well that I trust a lot. But at the same time I’ve tried to prepare but there’s not enough hours in the day that I can do too much.

“But I’ve tried to get some information from people who are extremely experienced in how to simplify things and get things done in a clear way in just a few days.”