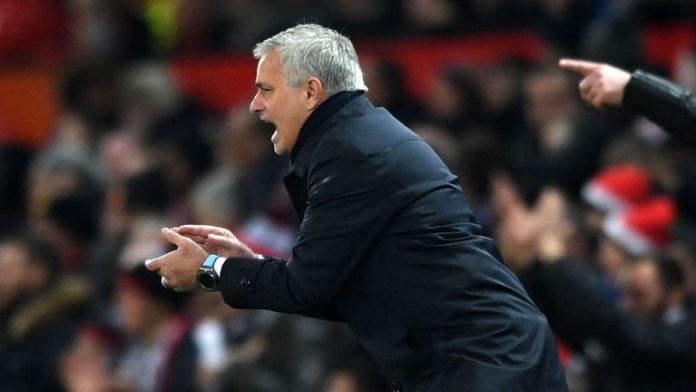 Jose Mourinho insists arrogance was not to blame as his perfect start as Tottenham head coach coming to an end at the hands of former employers Manchester United.

Spurs travelled to Old Trafford on the back of a three-game winning streak masterminded by Mourinho since his sensational succession of Mauricio Pochettino.

But the new managerial bounce came to an abrupt halt as Marcus Rashford’s double either side of Dele Alli’s exquisite equaliser secured Ole Gunnar Solskjaer’s side a much-needed victory.

“United have good results against the best teams this season. At home against the likes of Chelsea, Liverpool, Leicester, they always had this kind of attitude. It’s easier for them because of the way they play, they are not afraid to have a defensive approach at home, take their time and handle the emotion of the game.

“They have lots of young players with lots of energy and a good mentality, and when they are winning matches, they are comfortable in the low block. It’s easier for them to play against better teams that want more of the ball and have the initiative. They did well.”

‘Only ourselves to blame’

Pushed on whether Spurs arrived at Old Trafford arrogant after winning their first three matches under their new manager, Mourinho added: “I’ve tried to fight that state of mind.

“I told the players about the way United approached their home matches with strong starts and people running and pressing and trying to lift the crowd. We only have to blame ourselves.

“We didn’t lose because of an attacking set up, we lost because we approached the game in an emotional way.”

All I ask of Alli is…

Spurs were outfought and overrun in the first half at Old Trafford but grabbed an unlikely foothold in the one-sided game when Alli hauled them level against the run of play with a superb individual effort just before half-time.

The England international instinctively flicked the ball over two United defenders before finishing past David de Gea as he continued his renaissance since Mourinho took charge.

3 – Dele Alli has scored in three consecutive appearances in all competitions for the first time since March 2017 (four in a row). Rejuvenated. pic.twitter.com/ElwEVAv4xh

“He is playing well,” the Spurs boss added. “He played well before me, it’s not like I’m teaching him how to play football. He had a difficult period, don’t ask me why, I don’t know the majority of it, and what I know is not to be shared.

“I’ve just tried to play him in a position where the principles of play suit him and give him space for his creativity and intelligence. He is playing well, working well, scoring goals, I cannot ask anything more of him other than to keep going.”

Mourinho’s return to the Old Trafford touchline coincided with mounting pressure on his successor after guiding United to their worst start to a season since 1988.

But Solskjaer’s name was ringing around Old Trafford at the end of a match and a performance that could rival any produced by his side during this turbulent campaign.

“One of the best performances of the season, definitely,” the United boss said. “We’ve had spells against Liverpool, Chelsea and Leicester but the first 40 minutes were excellent.

“But the reaction after they scored was even better at the start of the second half. That is always the concern because this season we’ve been winning, gone to a draw and then stayed at a draw, but the players never gave in, trusted themselves and we deserved to win.

“The players enjoyed themselves, we haven’t been good enough breaking teams down but today some of the build-up play and penetration was excellent.”

Rashford’s double took his Old Trafford goals tally to eight for the season and capped and man-of-the-match performance that will steered United back on the winning trail ahead of Saturday’s Manchester derby, live on Sky Sports.

“Rashford played like he was in a playground with his mates,” Solskjaer added. “Maybe there’s some expectation and pressure on him because we do expect a lot from him, but that’s because he’s shown a lot so many times.

“We want the players to enjoy themselves, we want to them to go out there, take players on and have no fear of losing the ball, that’s what I and the Stretford End want to see. Manchester United fans love to see wingers and forwards play with courage.