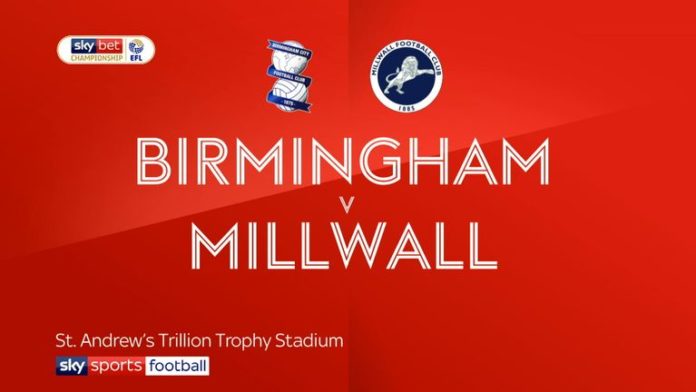 Watch live on Sky Sports Football from 7pm on Friday night; kick-off is at 7.45pm

Millwall will be without midfielder Ryan Leonard, who was expected to return for the Championship clash but will be sidelined for longer than expected with a rib injury.

Goalkeeper Frank Fielding has been closing in on a return to action and could make his post-injury comeback at the weekend. Shane Ferguson and Shaun Hutchinson are out with injuries, as are Tom Elliott (hamstring) and Jason McCarthy (toe).

Nottingham Forest will be without defender Carl Jenkinson (ankle) and midfielder Samba Sow (hamstring), who are yet to regain sufficient fitness after injuries.

Yuri Ribeiro will also miss out due to a knee injury, with the fixture falling slightly too soon for the defender. Ryan Yates will be available, however, having served the three-match ban he was awarded for a red card at Bristol City.

Gary Rowett has enjoyed a solid start to life at Millwall. They have three wins, two draws and a defeat from his six Championship games in charge so far.

A frustrating loss at home to Cardiff at the weekend saw Nottingham Forest miss the chance to keep the pressure on the sides above them. They head into the weekend fourth in the table, eight points behind Leeds in second, but with a game in hand.

Millwall’s Gary Rowett: “They’re a good side, a really good side. They’ve got a very good coach in Lamouchi and are really well structured, particularly away from home. They’ve got players to counter very effectively. Joe Lolley, Grabban, Carvalho – those sorts of players have got really good quality in transition.

“It’s something we have to be mindful of, and we have to make sure we maintain our shape really well. But there are also lots of areas we feel – particularly as the home team – we can hurt them.”

Nottingham Forest’s Sabri Lamouchi: “I am not here to talk about the rumours – about my players or about myself. I am the manager of Nottingham Forest. We have a tough game to play on Friday at Millwall.

“It will be a very tough game and I just want to focus on that game.”

Talking point: Are Forest too reliant on Grabban?

Nottingham Forest do not score a huge amount of goals – no side in the top half has less than their 24 – and there are games where it seems like no one, aside from Lewis Grabban, is ever going to score. Grabban has eight this season, and without those eight Forest would have nine fewer points.

The next highest scorer for Forest in the Championship is Joe Lolley with three, while a bundle of players have netted two. If Sabri Lamouchi’s side are going to continue their push for a top-six spot, they may need to dip into the market in January to get someone who will share the goal load with Grabban.

Millwall have lost just one of their last 11 home league games against Nottingham Forest (W6 D4).

Nottingham Forest have won one of their last eight Championship matches against Millwall (D3 L4).

Nottingham Forest have won 19 of their 32 Championship points in away games this season, the highest ratio in the division (59 per cent).

Nottingham Forest have won on their last two away league visits to London – they haven’t won three in a row in the capital since March 1989.

I was down at Millwall’s training ground with Gary Rowett this week, seeing what he is doing to try and take the club to the next level in the Championship. He has had a solid start to life so far there.

That defeat at home to Cardiff at the weekend for Nottingham Forest probably proved they don’t have quite enough for automatic promotion, but if they want to finish top six they need to be getting results in games such as this. I fancy a draw here, though.