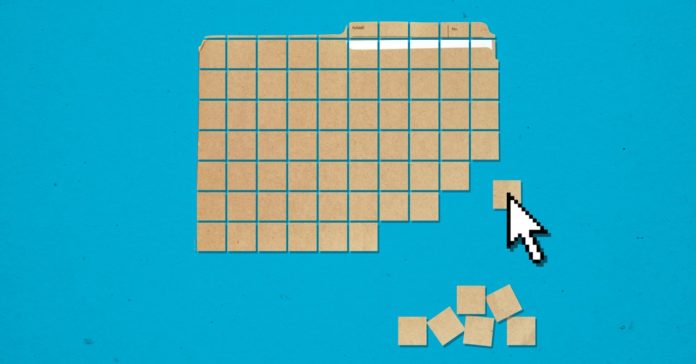 A few weeks ago, as a damp winter chill settled on San Francisco, Peter van Hardenberg decided it was time for some eggnog. He knew of an excellent homespun recipe from a former colleague at Heroku, a company that helps startups build cloud-based apps. And if he recalled correctly, it was stored on one of Heroku’s many cloud servers. But when Van Hardenberg typed in the relevant URL, he found the cupboard was bare—lost to some long-ago server maintenance. “It had just fallen off the internet,” he says.

Such are the daily glitches of life in the cloud. Cloud computing has made essential tools, like Google Docs and Slack, possible. But it comes with compromises. The smart toaster can’t toast without Wi-Fi. The music skips when you enter the subway tunnel, and then the entire library disappears when the startup goes out of business. “We’ve forgotten what it’s like to have software that works,” Van Hardenberg says. But for software companies, the model of hoarding software and data on remote servers works just fine. It’s lucrative, in fact. Hand over enough of your data, and you’ll eventually need a membership to access it. Or else it’s probably being used for advertising. None of your data is truly yours.

Van Hardenberg and his colleagues at Ink & Switch, a private research lab that includes other Heroku alums, want to provide an alternative to that model. They call the effort “local-first” software. (Van Hardenberg considers it a form of penance for having built a company based on offering cloud services.) Local-first reflects a yearning, in part, for the days when software came in a cardboard box. Back then, you installed it on your computer, where it remained safely ensconced, along with your files. But the point isn’t to ditch the cloud entirely so much as deemphasize it, says Martin Kleppmann, a Cambridge University researcher who works with Ink & Switch. It’s “local-first,” not “local-only.” The idea is to marry local storage of software and data with certain things the cloud does well, like collaboration.

Files are stored across the devices of invited collaborators, rather than on a corporate server, or in the cloud. It’s “decentralized,” in other words. That word is often synonymous with blockchain. And there are overlaps, spiritually, in the desire to avoid centralized authority. But blockchains are based on a lack of trust with other users. They use a computationally expensive process called consensus to ensure everyone agrees on a common state of affairs, without anyone taking advantage. Local-first software is based on trust. The point is collaboration among friendly parties. “The consensus I need is what’s on my computer,” Van Hardenberg says.

Local-first software uses a leaner technology called conflict-free replicated data types, or CRDTs, first fleshed out by researchers in France and Portugal in 2011. The concept is similar to Git, a tool programmers use to manage software development on platforms like Github. But instead of manually merging changes, as Git requires, CRDTs do it automatically. When Kleppmann came upon the idea a few years ago, the technology was being used primarily in a few back-end databases and in academic applications. But he was intrigued by the concept. So he set out to make it more useful to developers, designing a JavaScript library called Automerge that made CRDTs more flexible and efficient. The hope is to get the software to a point where developers want to use it to build a local version of Slack or Trello—Kleppmann personally wants a local-first Evernote.

The Ink & Switch team has used Automerge for a handful of prototypes. Van Hardenberg shows me an app called Pushpin. It’s a little bit like Pinterest, a board where users can share images and notes, along with websites pulled from Chrome using a plugin, and a simple chat function. He had been pleasantly surprised by how well the CRDTs worked. “It was like the Wright brothers,” he says. “We’re really flying. This magical feeling of freedom and independence.”