Home Sport Jean Todt pays tribute to those lost from the FIA family in... 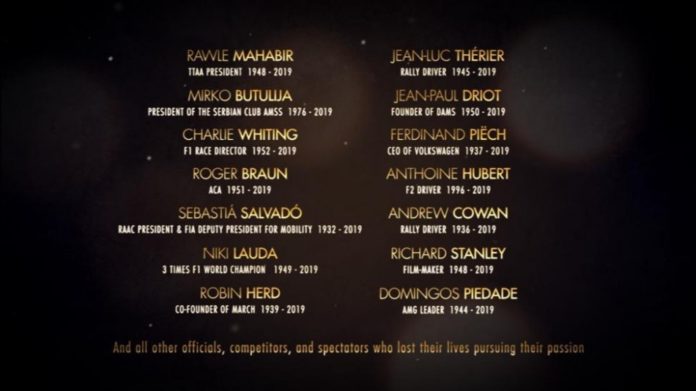 FIA President Jean Todt has dedicated his first Tribute Award to beloved friends and colleagues lost from the FIA family during 2019.

In a moving highlight of the annual FIA Prize Giving gala, held last night in Paris at the Carrousel du Louvre, the President paid tribute to some of motor sport’s finest characters, be they driving legends, giants of the automotive industry, and an emerging talent just embarking on his journey into top-flight motor sport.

The roll of honour read as follows:

Jean Todt commented: “The FIA Prize Giving is an occasion of celebration, so it seems only fitting to include a permanent tribute to those who have given so much to the sport. The indelible mark they have left on all our lives must be fondly remembered.”