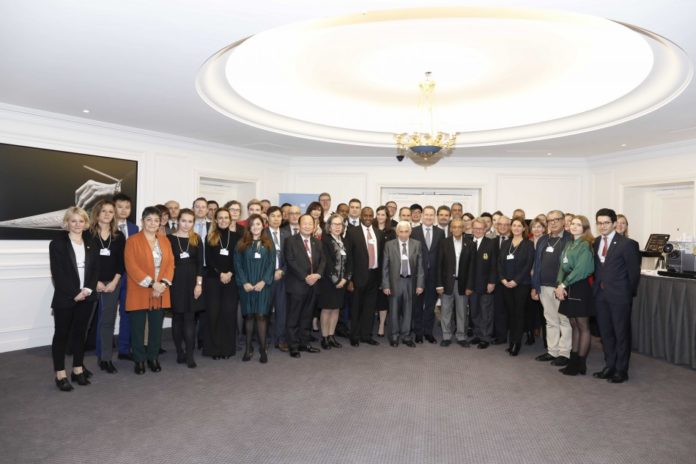 The FIA Club Correspondents were given a comprehensive overview of the FIA’s Mobility strategy and key calendar dates for 2020 at yesterday’s gathering in Paris.

Yesterday’s annual global meeting of FIA Club Correspondents gave Correspondents an insight into a wide-range of FIA programmes and activities in order to help them in assisting their Clubs to get the most out of the FIA network.

After opening remarks from FIA Secretary General for Automobile Mobility and Tourism Andrew McKellar, during which he outlined the key pillars of the FIA’s Mobility strategy and the results of the ‘Vision and Values’ survey, the meeting was informed of the changes to next year’s events calendar, principally around the decision to hold three expanded regional meetings in place of the FIA Mobility Conference.

Representatives of the FIA University then presented details of its new e-Learning programme, in which participants will be able to create a personalised curriculum of classes from top universities worldwide. The e-Learning facility will be launched at the beginning of next year.

In the area of road safety advocacy, the Correspondents were given an overview of FIA campaigns and updated on progress in each, as well as being advised on how to build a successful FIA Road Safety Grants Programme project proposal through the filter of experiences from the 2019 call for application in the ‘Transformation’ stream of the programme.

Delegates were also updated on progress with the FIA’s Helmet Safety initiative supported by the FIA Innovation Fund.

This is currently being developed in a twofold approach. For high-income countries, the FIA is in the process of creating a star rating system for helmets, with the first test session of 29 helmet models already completed. The rating system is due to be launched at the 2020 Geneva Motor Show. To bring helmet safety to low- and middle-income countries, the FIA has been working with a supplier to produce affordable helmets conforming to the UN ECE 22-05 safety standard. The FIA will run three pilot projects in Jamaica, India, and Tanzania, with the aim collect users’ feedback on these helmets’ wearability of such helmets and to raise awareness of helmet use and.

The Correspondents were then provided with information on next year’s FIA Smart Cities calendar, with events schedule for Seoul, Korea, on 2 May and London, UK, on 24 July, with the date and location of a third Forum to be confirmed.

The Club Correspondents were also given a presentation on the redevelopment of the OTA (Organisation Mondiale du Tourisme et de l’Automobile) and progress with the modernisation of the Carnets de Passagesen Douane system.

Finally, FIA Director of Membership and Services Crystelle Job thanked the Club Correspondents for their key role in strengthening the FIA Family network.