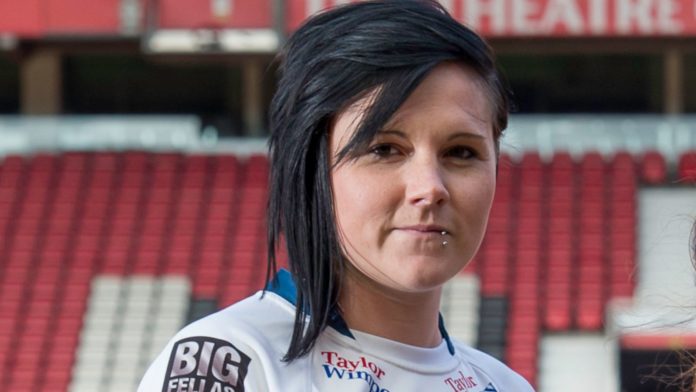 Tributes have been paid to England and Featherstone Rovers forward Natalie Harrowell, who has died at the age of 29.

Harrowell, who helped guide Featherstone to the 2017 Grand Final, won the club’s Woman of Steel award this season.

An avid fan of the game, Harrowell also performed a development role at Wakefield Trinity to encourage more girls to get involved in rugby league.

A joint statement issued by Featherstone and the Rugby Football League read: “Our thoughts and condolences are with Natalie’s young daughter Olivia and the rest of her family at this sad time.”

Ralph Rimmer, the Chief Executive of the RFL, added: “This is tragic news, and I know all involved in Rugby League will join me in sending their deepest sympathy to Natalie’s family, friends and team-mates.

“She was part of a group of players who made history when Featherstone played Bradford in the first Women’s Super League Grand Final in 2017, and the three England caps she earned during an era of huge progress for Women’s Rugby League are an indication of the respect in which she was held by team-mates and opponents alike.”