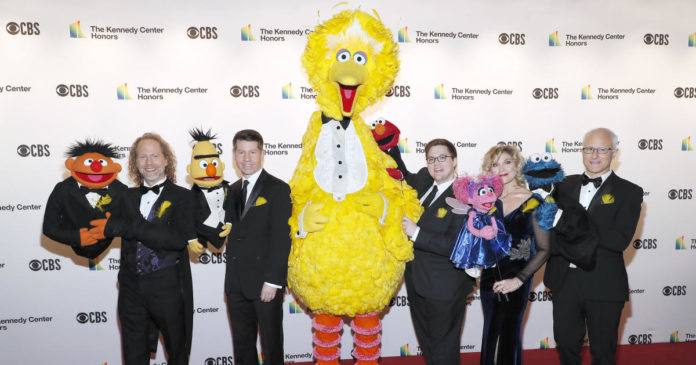 The 42nd Kennedy Center Honors this year recognized “Sesame Street,” actress Sally Field, musician Michael Tilson Thomas, singer Linda Ronstadt and the band Earth Wind & Fire. CBS News’ Paula Reid was there for it all on December 8 — on the red carpet and backstage with some of America’s most distinguished performers.

“This is the biggest social evening of the year in Washington and we get the Hollywood stars, the broadcast stars, and we have the political leaders, as well, so it’s a rare combination. And we have a really good group of honorees,” said David Rubenstein, chair of the Kennedy Center Board of Trustees.

How to watch the Kennedy Center Honors

“When we lived in Washington, we were frequent attendees and there’s something incredibly prestigious and honorable about honoring people of great talent,” Zirinsky said.

The Kennedy Center Honors pays tribute to icons in the arts. Deborah Rutter, the president of the Kennedy Center, said the artists honored this year are a “reflection of America.”

“But what was extraordinary and continues to be extraordinary about Linda is that she never stops moving forward, trying new things,” Kline said on the red carpet.

Musician and producer David Foster honored Earth Wind & Fire. “Very quickly, they merged R&B, pop, classical, jazz, country … you name the genre, they’ve used it,” Foster said. “Their music was always uplifting, the message was always positive. Like I said last night, you could play it for your grandmother or your grandchild and it would work.”

Tilson Thomas, the conductor of the San Francisco Symphony and one of the world’s most prolific and respected conductors, was called a “legend” by singer Audra McDonald.

“He’s not only someone who’s prolific in his work as a conductor but also what he’s done to give back to the community,” McDonald said.

Actor Tom Hanks told Reid that Sally Field’s body of work has grown in “the most impressive way than any actor in Hollywood.”

The legendary children’s show “Sesame Street” is, as actor Joseph Gordon-Levitt described it, “a fixture of our culture.”

“It’s certainly a fixture in my mind,” he said.

“It’s an honor to be here,” Cookie Monster told Reid.

Harvey Weinstein guilty on 2 counts, cleared of most serious charges

‘Taking out the trash’: Weinstein’s accusers react to guilty verdict