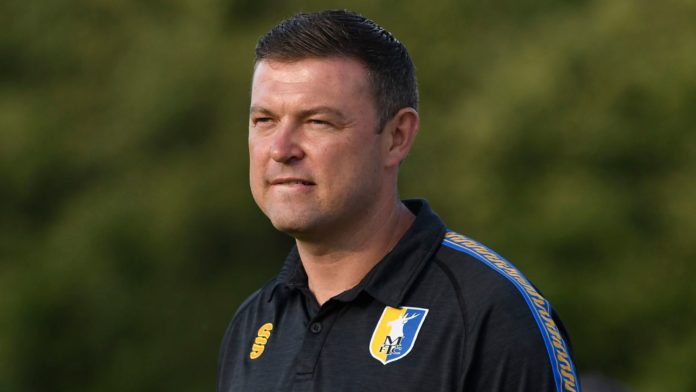 The Stags have not won a game in League Two since October; Dempster has been dismissed after seven months in charge.

The Stags are currently 18th in the fourth tier and pressure had been mounting on Dempster after he oversaw a run of six games without a win in all competitions, following Saturday’s draw.

The 36-year-old, who played 95 times for the East Midlands side from 2011-2015, took over at Field Mill in May, replacing David Flitcroft who was sacked after failing to guide Mansfield back into League One via the play-offs last term.

In a club statement, chief executive officer Carolyn Radford said: “Both John (chairman John Radford) and I would like to place on record our sincere thanks to John for his seven years of service as a player, academy manager, and first-team manager.

“Throughout this period, John has conducted himself with the utmost professionalism and integrity and leaves the club in our highest regard.

“John and I consider ourselves to be patient and supportive owners, however, football is a results-centred industry and as we approach the halfway stage of the season, our points’ tally has fallen well below expectations.

“Therefore, we feel a change in leadership is required to provide the best opportunity to turn our season around.

“The process for a new manager begins immediately and we hope to make an appointment in a decisive and timely fashion.”

The club has confirmed that academy coach Jamie McGuire has been placed in temporary charge of the first team.