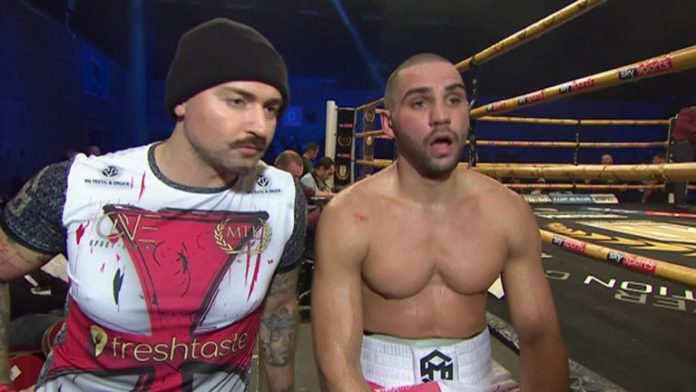 Hosea Burton scored a knockdown after just 6 seconds as he produced a punch-perfect performance to beat Bob Ajisafe in the Golden Contract tournament.

The 31-year-old, having endured a frustrating spell following his sole defeat to Frank Buglioni, kick-started his career in dominant fashion, taking scores of 99-90, 99-92 and 98-91 to beat fellow former British champion Ajisafe.

Burton could not have made a better start at the Brentwood Centre, dropping ‘Lionheart’ with a right hand within 6 seconds to immediately take control.

Burton wins! A points win for Hosea Burton who produced this 👇 just 6 seconds into the fight

From there, the Joe Gallagher-trained man, like a coiled spring with exceptional reflexes, remained composed , working off a stabbing jab to regularly plant home one-twos and straight rights down the pipe.

Ajisafe tried to pour it on late, but Burton, having learned from past mistakes, was in no mood to engage and wheeled away with victory in no doubt.

Speaking afterwards, ‘The Hammer’ said: “Ajisafe is tricky for anybody, he put Tony Bellew down before.

“I out-boxed him tonight. I came out with a one-two and caught him clean.

“For me, that was the final, he was the joint-favourite, it’s not going to be a bad tournament this.”

Serge Michel moves into the semi-finals with a unanimous points win over Tommy Philbin. Michel scored 2 knockdowns on his way to victory

📺 Ajisafe v Burton is next on Sky Sports Action! pic.twitter.com/eBdk3QtLAZ

The ‘Bavarian Sniper’ Serge Michel proved too big and too powerful for Tommy Philbin in the first quarter-final, taking scores of 99-90 twice and 98-90.

The German visitor dropped the formerly unbeaten Scot at either end of a one-sided scrap, but failed to finish the job off inside 10 rounds, missing out on a tournament knockout bonus.