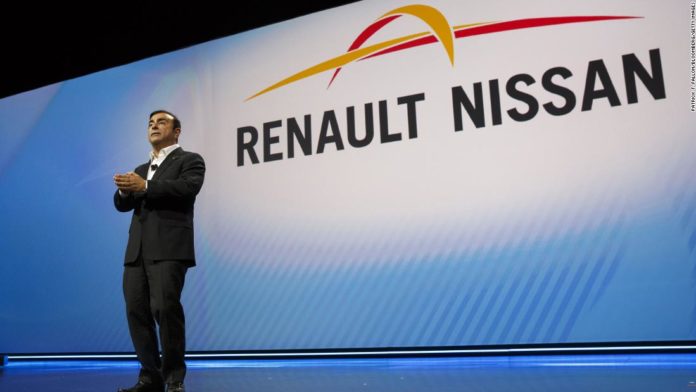 Whether that’s because of his absence, or because of bigger problems in the industry, is much tougher to say.
Ghosn lost his jobs at the top of all three automakers — Renault, Nissan and Mitsubishi — soon after his arrest on charges that he had not properly disclosed his compensation from Nissan.
Sales across the three automakers were sharply lower in 2019. The only one to report a modest gain in sales was Mitsubishi, the smallest of the three.
The problems have been worst at Nissan, the company that pushed for Ghosn’s arrest. Profit has plunged, down 91% through the first three quarters of 2019. It lost its CEO in September after he admitted he was overpaid, and in December another top executive jumped ship. In July, Nissan announced plans to cut 12,500 jobs worldwide by closing as-yet unidentified factories and slashing its product lineup. The company also cut its sales forecast through March.
Few, if any, car buyers care about the chairman of the company they’re buying from. But the cooperation between the three partners, which all have joint ownership stakes in each other, is rapidly coming to a halt without Ghosn calling the shots, according to auto consultant Rebecca Lindland, founder of RebeccaDrives.com.
“I think the alliance is really in trouble,” she said. “Platform sharing, engineering sharing, that sort of swapping of information and cooperation had really been orchestrated by Ghosn. Think about a musical orchestra that loses its conductor.”
But others say that the seeds of the automakers’ problems were in place before Ghosn’s arrest. Nissan had grown more dependent on lower-priced fleet sales, which are less-profitable sales that other automakers have moved away from, said Michelle Krebs, senior analyst with Cox Automotive. Krebs said she doesn’t believe the problem is a result of the management turmoil as much as bad decisions made under Ghosn.
But Lindland said it’s far more likely today than it was at the time of Ghosn’s arrest that the alliance might end altogether. She points out that Renault actually engaged in talks about a possible merger with Fiat Chrysler earlier this year. It then watched those talks quickly collapse. Fiat Chrysler ended up agreeing to a deal with its French rival PSA Group instead.
The need for scale has become all the more important as automakers are having to spend billions of dollars on developing the next generation of vehicles, including both electric and self-driving cars. If the alliance does split apart, then various partners will probably have to find other partners — and find them quickly.
“Right now with the investments in new technology that are required to survive, going it alone is a really dangerous,” Lindland said.