Home Sport Lampard: Hudson-Odoi must ‘do a lot more’ 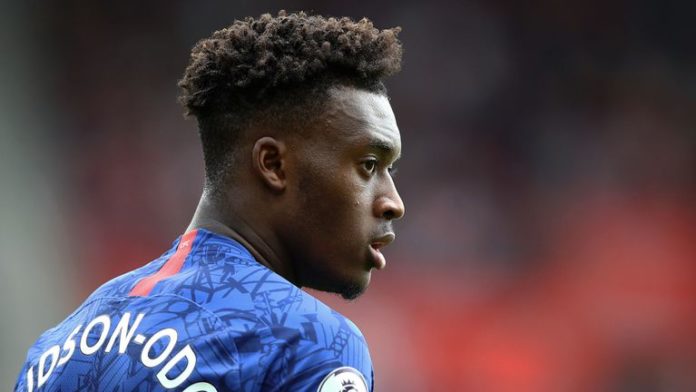 Frank Lampard says Callum Hudson-Odoi “needs to do a lot more” but defended the Chelsea winger amid criticism from some fans.

It has been reported that Hudson-Odoi has struggled with recent negative comments he has received on social media, with the 19-year-old apparently turning to his team-mates for support before Sunday’s 2-1 win over Arsenal.

Chelsea boss Lampard called for fans to give him “time and patience” but also felt Hudson-Odoi must start producing better performances after signing a new five-year contract in September and putting long-term speculation with a move to German champions Bayern Munich behind him.

“I’ve not spoken to him about that (social media) but unfortunately with social media that’s par for the course,” Lampard said of Hudson-Odoi, who has failed to register a single goal or assist in any of his last 13 appearances.

“That doesn’t make it right or wrong – and obviously I’ve not seen it – but that’s something you have to have a very thick skin about. He is a young player who is 19 years of age, just. He’s had a lot of talk about him for different reasons.

“There’s been a big microscope on him. I think we have to give him time and patience with how young he is. I’ve got no problems with him, I think he did well against Arsenal when he came on.

“I think Chelsea fans are absolutely behind him. They want to see passion and all those things, so he needs to understand what is needed and be working on that constantly. But I back him, and we will work together on that.

“He’s signed a long contract here, but now he has to produce. I think it’s a lot to say ‘you must produce instantly, or you’ll have social media giving it to you’ – I will try and protect him from that.