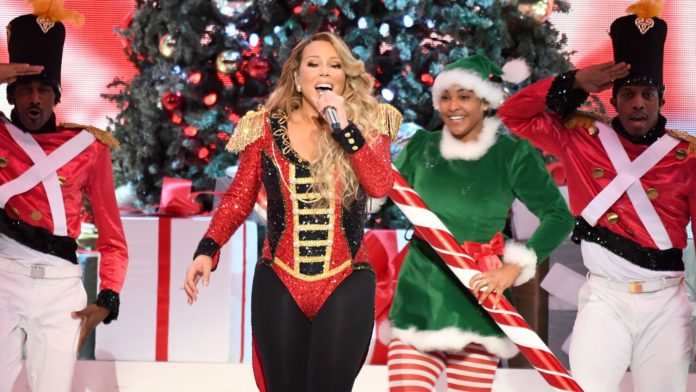 Mariah Carey’s Twitter account has been targeted by hackers, with numerous out of character messages popping up on her timeline on New Year’s Eve.

Around 50 tweets were posted late in the afternoon, many making racist and crude remarks.

Several made reference to rapper Eminem, who once claimed to have slept with the singer – something she strenuously denies.

One read: “Eminem has a little penis”, while another referred to the rapper’s daughter Hailie.

I take a freaking nap and this happens?

The 49-year-old singer – who is currently celebrating her third week at number one in the charts – responded to the hack, tweeting: “I take a freaking nap and this happens?”

The posts, which used numerous handles, were removed after around 20 minutes.

Her 21.4 million followers were quick to get involved, with many jokingly suggesting potential celebrity culprits and posting light-hearted memes.

Twitter is now looking into the security breach, according to USA Today.

Carey appears to have regained full control of her account in time to see in the New Year, posting a video of her eight-year-old twins Moroccan and Monroe enjoying a firework display.

Despite the hack, 2020 has started well for Carey, who is the first artist to top the US charts this decade.

She will also make history if All I Want For Christmas stays at the top spot into the second week of January, becoming the first person to have number-one hits in four consecutive decades.