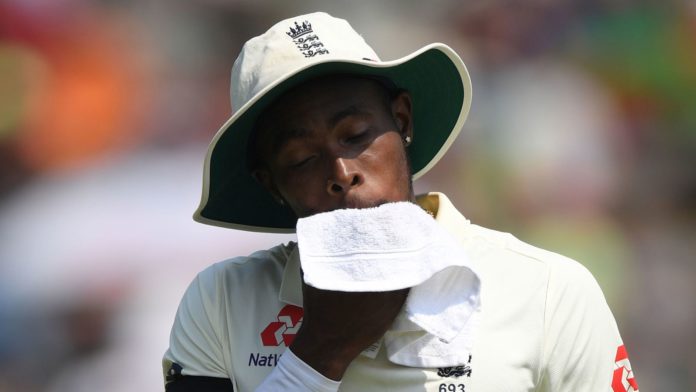 Watch the second Test live on Sky Sports Cricket from 7.30am on Friday

England fast bowler Jofra Archer is a doubt for the second Test against South Africa after he was unable to bowl during practice due to a sore right elbow.

Archer recovered from illness before the series to return 5-102 in the first Test at Centurion, which the tourists lost by 107 runs.

The 24-year-old was able to bat in the nets on Wednesday and also took part in fielding drills but has less than 48 hours to recover for the Newlands Test, which begins on Friday on Sky Sports Cricket.

Any New Year’s resolutions? ?
Who is last pick in the football? ?
Hopes for Cape Town Test ?

Archer’s injury knocked England back on the same morning of an illness-plagued tour on which all 19 players in the squad were able to train together for the first time.

The selectors opted for an all-pace attack in the first Test but with Newlands, where South Africa have only lost once in 18 Tests, less seam-friendly the visitors were expected to bring in a specialist spinner.

Happy New Year from the team in Cape Town! @Athersmike with an early look at the pitch at one of the world’s great Cricket grounds! pic.twitter.com/tpTnfFvDzE

That would mean leaving either James Anderson, Stuart Broad, Sam Curran or Archer out to make room on a dry-looking pitch for one of spinning trio Jack Leach, Dominic Bess or Matt Parkinson.

Watch the second Test between South Africa and England live on Sky Sports Cricket from 7.30am on Friday.