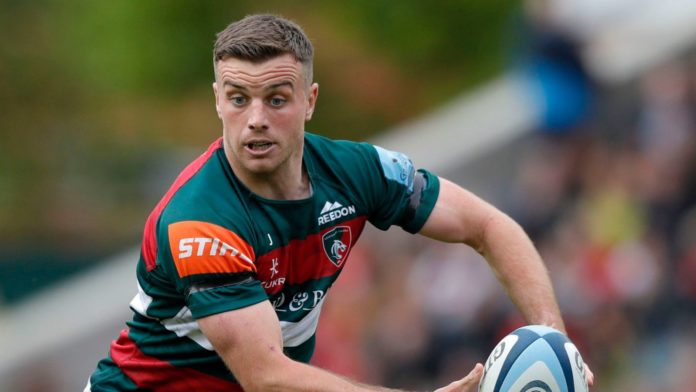 Ford, who was a Tigers Academy graduate, is in his second spell with the club after spending four seasons with Bath Rugby between 2013 and 2017.

He has been part of a struggling Leicester side this season.

The Tigers are mired in a relegation battle after picking up just one win from their first seven matches.

Ford is determined to help turn around the club’s fortunes, but accepts a lot of work will be required in order to do so.

“It’s going to be small building blocks, rebuilding little and often, rather than an overnight fix. That’s the bit that was difficult for me,” said Ford.

“I want to be successful, part of a team that is winning trophies and in an environment that is doing that.

“I love this club [but] it’s not anywhere near where people want it to be.

“If I didn’t believe we could make improvements, it might have been a different story, but I genuinely believe that.

“I believe in sticking it out through tough times and coming out at the other end.”

Head coach Geordan Murphy says convincing Ford to commit his future to the Tigers is a huge coup for the club.

“George, regardless of all the speculation, has shown that he wants to remain in Leicester as a Tigers player,” Murphy said.

“He is one of the leading players in the world and could command, I am sure, incredible amounts of money from sides everywhere in the game.

“He is one of the leading players in the world and could command, I am sure, incredible amounts of money from sides everywhere in the game.”

“George’s commitment to wanting to improve every day and help lead the improvement of the squad in every area is something we are extremely lucky to have at Tigers.

“It was hugely disappointing for the club when he went on his ‘sabbatical’ for a few seasons, so to have him back for the past few seasons and now to see him recommit to Tigers is a huge thing for the club, his team-mates, our fans.

“It’s a great day for Tigers to have George Ford recommit to Leicester.”

Leicester also announced that versatile outside-backs George Worth and Sam Aspland-Robinson have agreed new contracts with the Tigers.