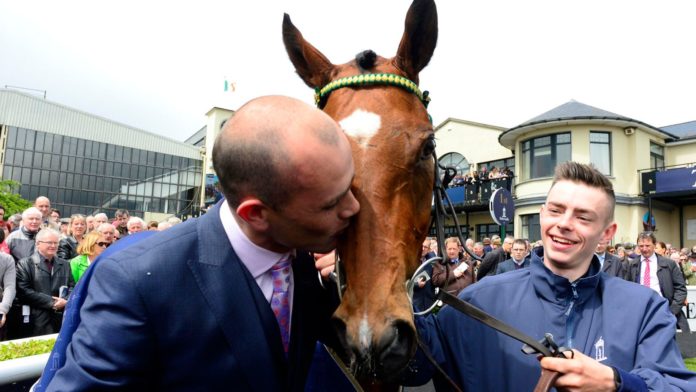 Keatley, who won the Irish 1,000 Guineas with Jet Setting in 2016 from his base on the Curragh, believes the time is right for a change and a new challenge.

He will begin using part of Tony Coyle’s yard at Malton with an initial team of six horses, while he looks for a place of his own to build up his string and attract new owners.

“We’re in the process (of moving) at the moment,” said Keatley.

“I hope I’ll have my licence by the middle or end of February, and we can get up and running then.

“I’ve been looking into it for a while. I’ve a lot of close friends in England, and in Malton people were willing to help me out. My girlfriend is from over there, so we’re going to move over and make our home there and hope it will all work out.

“We’re having part of Tony Coyle’s yard just as a starting-off point we can work from.

“I’ll only be starting off with half a dozen horses. Once I’m licensed and we’re settled in and well established, then I’ll be putting my head down and scouting for owners and hope it can all work out.”

Drumconnor Lad, who gave Keatley a winner with his final runner in Ireland in a handicap chase at Leopardstown on Boxing Day, is one of the six horses he will be taking to England – where will have runners both on the Flat and over jumps.

“There are a couple of nice prizes in him,” he said.

“It was lovely way to end it. I only put out the news on the way to the races.

“I had the horse in good nick and was fairly confident about his chance, so it was nice it worked out.

“I’ve a nice filly (Champagne Terri) that won a couple of races in England last year, and she’s going to be going hurdling in the spring. She was third on her last run in a juvenile hurdle.

“I’ve a couple for the all-weather and a couple of two-year-olds as well, I hope.”