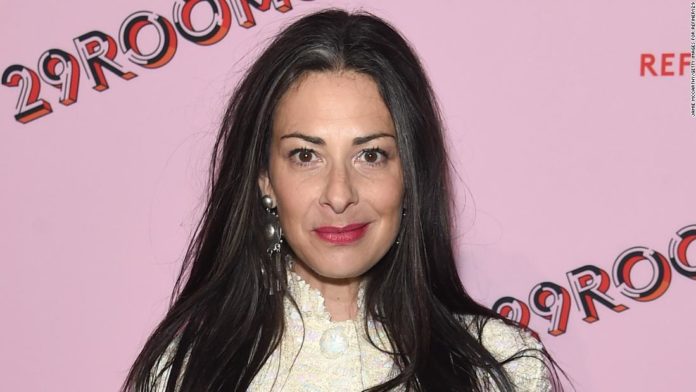 In an Instagram post Tuesday, the TV personality revealed she’s been dating musician Cat Yezbak. It is, wrote London, her “first serious relationship with a woman.”
“I haven’t paraded her around on social media for several reasons: 1) I’ve had public relationships before and I don’t love that. But I want to be clear here that with Cat I felt I owed us the chance to be private since this is my first serious relationship with a woman and I’m sure there will be some hoo ha about that. But I would never hide her out of shame,” London wrote. “2.) It’s really easy for me, a privileged white woman who is 50, to suddenly say ‘I’m dating a woman’ with very few repercussions and I am well aware of that.”
She added: “Unlike me, there are countless people in the LGBTQIAP community who have had no choice in who they are, no love from family on which to lean, no support from anyone anywhere.”
London is a fashion expert best known for hosting 10 seasons of the TLC makeover series “What Not To Wear.” She also hosted a similar program, “Love, Lust or Run.”
In 2018, she revealed her struggle with health issues and financial problems in a personal essay.
“I fell in love, truly in love, with this beautiful, sexy, kind soul and I won’t apologize for that but I stand on the shoulders of a community that fought like hell for me to be able to do that openly and proudly and EASILY,” London added on Tuesday. “It’s one thing to SAY Love is Love. It’s another thing to say Love is Passion and Devotion and Sex and mean it without shame or prejudice when talking about the same sex. So I used to date men. Now I date her. That’s it. That’s all I have to say.”