Home Sport Summerville back to his best 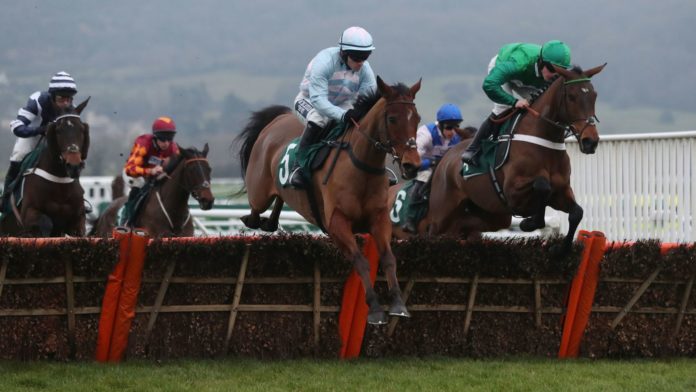 Summerville Boy returned to the scene of his finest hour to win the Dornan Engineering Relkeel Hurdle at Cheltenham.

Since winning the 2018 Supreme Novices’ Hurdle, not much has gone right for Tom George’s charge and he was sent off a 10-1 chance moving back to the smaller obstacles from fences.

However, under new forceful tactics, Summerville Boy showed all his old dash to stake his claim for the Stayers’ Hurdle at the Festival in March.

He looked a sitting duck turning into the straight with Janika, William Henry and Roksana all seemingly travelling better, but Summerville Boy just kept on pulling out more for Jonathan Burke.

Only Roksana was challenging after the last, but Summerville Boy galloped on powerfully up the hill to win by two and a quarter lengths.

The disappointment of the race was Emitom, who was last throughout.