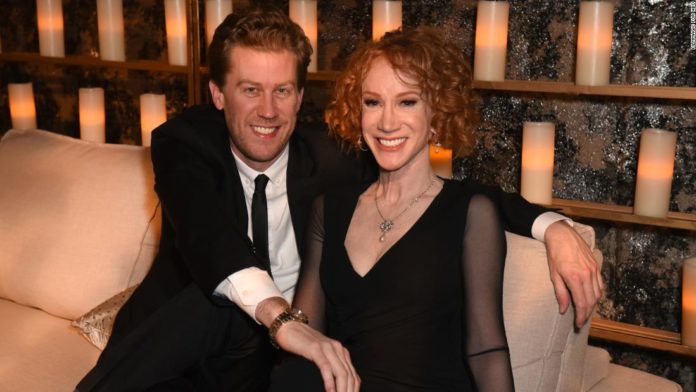 The comedian tweeted a video late Tuesday with her longtime boyfriend Randy Bick to make the surprise announcement.
The pair did a count down and let Griffin’s followers know they were dressed up for more than the holiday.
“Happy New Year and surprise,” the couple said. “We’re getting married! Tonight! After midnight!”
“She said yes!” Bick added.
Griffin said the nuptials would take place post midnight on the West Coast and promised a surprise officiant.
She later shared the video of the couple being married by the legendary Lily Tomlin.
“The entire ceremony was just under 14 minutes but I have to give you guys the uncut first 75 seconds,” Griffin tweeted. “LOVE IT! We promised you atypical. We are in love and we cannot stop laughing. Thank you @LilyTomlin and Jane Wagner #HappyNewYear.”
Griffin and Bick have been a couple since 2011. She also tweeted a photo from their first official date.
Griffin was previously married to Matthew Moline for five years. They split in 2005.