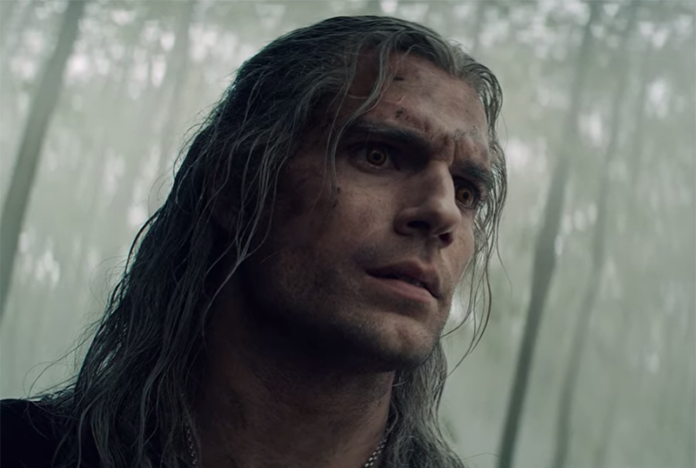 It’s been a long journey for Geralt of Rivia (Henry Cavill), Yennefer of Vengerberg (Anya Chalorta) and Princess Cirilla (Freya Allan) but they all must face their toughest challenges yet in the eighth and final episode of the first season of Netflix’s The Witcher.

Hell of a Way to Go

After finding the castle empty and without Cirilla, Geralt takes to the woods in search of her, stumbling upon a merchant trying to give a halfway decent burial to the Cintran citizens killed at the burned down refugee camp (see Episode 2). Geralt senses evil in the area and warns the man to go home, only to be ignored and leave him to his seeming demise as ghoul-like creatures rise from the ground in an attempt to eat him, but the witcher returns and saves the man. He engages in a battle with a large group of the creatures and while proving victorious, he is bitten on the leg by one of them and falls down seemingly unconscious after saying a farewell to Roach.

After coming under possession from whatever the entity was at the end of the previous episode, Ciri is awakened in the middle of the field by the woman she met in the market to find her attempted robbers impaled on various trees in the surrounding area. The woman offers Ciri comfort and guides her through the field to take her to her home for shelter. 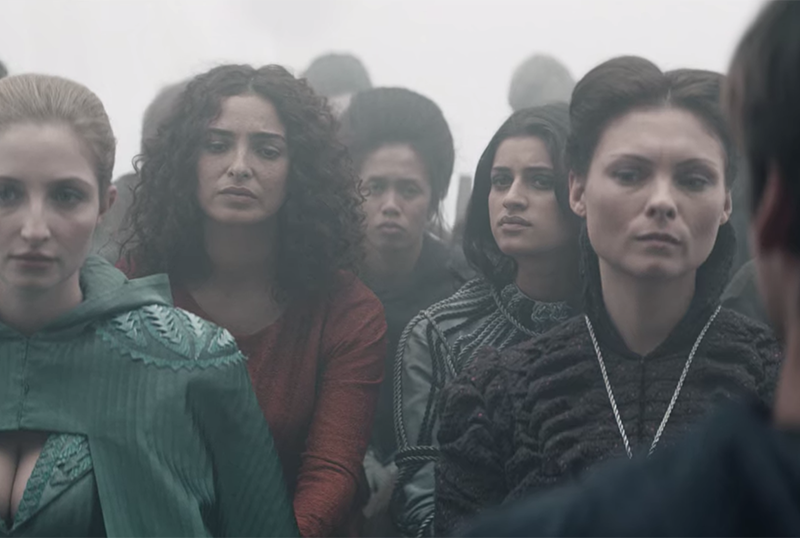 Yennefer and 60 mages head to the small village of Sodden Hill in hopes of cutting off the Nilfgaard advance on the north, with the locals being pushed out of their homes due to the war. The locals team up with the mages and the soldiers to craft weapons including arrows, bottles filled with phosphorous rock and fortify the castle for the impending attack. While winding down for the night and enjoying a meal and drinks with the locals, Triss and Yennefer catch up, with the former revealing she crossed paths with Geralt while fighting a shtriga (see Episode 3) and the latter stating that destiny has more than likely taken him on an unpleasant path since, choosing not to tell of their love for one another. In the meantime, Fringilla informs Cahir that the Brotherhood have arrived at Sodden and have fortified the castle, but that she will draw them out and that they must attack now if he has any hopes of catching up to Cirilla.

A Look to the Past

While the bite should’ve killed him, Geralt wakes up in the back of the merchant’s wagon as he takes the witcher to his farm in order to help heal him better. Under influence from the venom from the bite, Geralt has flashbacks to his childhood in which it’s revealed his mother Visenna was a witch and that after caring for him, she one day drove him out to the middle of the woods on a wagon and abandoned him while he went to search for water for her. Following her abandonment, he was captured by a man named Vesemir. After waking up a second time on the wagon, he drinks some of a potion and uses the rest on his wound and requests to be taken to the Blue Mountains, as “he” will help. While unconscious in the middle of the woods, Geralt dreams of Renfri and Yennefer both nursing him to health before having a vision of his mother, whom he scolds for letting Vesemir mold him into a witcher and questioning how she could leave him under the pretense that destiny would bring them together again. He wakes up and asks to be taken to the merchant’s farm so that he may properly stock Roach up for a ride to the Blue Mountains, with the merchant offering ale and food as a reward for saving his life earlier.

As the locals and mages sleep, one of the Nilfgaard mages uses her powers to conjure up a large fireball to be catapulted at the castle, with Yennefer narrowly waking up in time to send it shooting off in another direction. The mage conjures up another but is then burned to death by it and Fringilla forges a mysterious metal box and hands it to another mage, who quickly approaches the castle in the early morning to lay down a thick fog in order for soldiers to approach unseen. Yennefer heads to the watchtower and uses her powers to keep an eye on the battlefield, pointing out soldiers for Triss to conjure up poisonous mushrooms under to kill, Coral to seemingly crush their insides with her mind and Sabrina to launch the bottles of phosphorous that she shoots out of the sky, raining down fiery death upon the soldiers. Vilgefortz portals to Cahir’s location and engages in a close fight with him, eventually being defeated and kicked down the hill where he hits his head on a log below, seemingly killing him. The Northern mages begin losing battle as Fringilla bursts open the gates to the castle, conjures a portal for archers to shoot arrows through and kill fighters and the fog-laying mage fades away while delivering the mysterious box that opens to reveal it’s full of snake-like creatures. As Yennefer attempts to reach Tissaia, she confronts Fringilla and the latter comes out victorious by using dimeritium to neuter her powers. Yennefer watches as Coral and Atlan, another mage, are both slaughtered by Nilfgaard soldiers and Triss, who has created a thick vine wall to prevent soldiers from entering, has been badly burned by a torch aimed through the thicket. Sabrina hands two boys a bottle of phosphorous, seemingly in a trance, and surprises Yennefer by stabbing her in the stomach with an arrow. Yennefer notices one of the snake-like creatures is in Sabrina’s ear, seemingly controlling her, and the boys drop their bottles onto the rest of them, causing an explosive chain reaction that badly damages the castle and sends Yennefer and Sabrina flying out of the watchtower, the former landing on her feet and surviving while the latter dies. 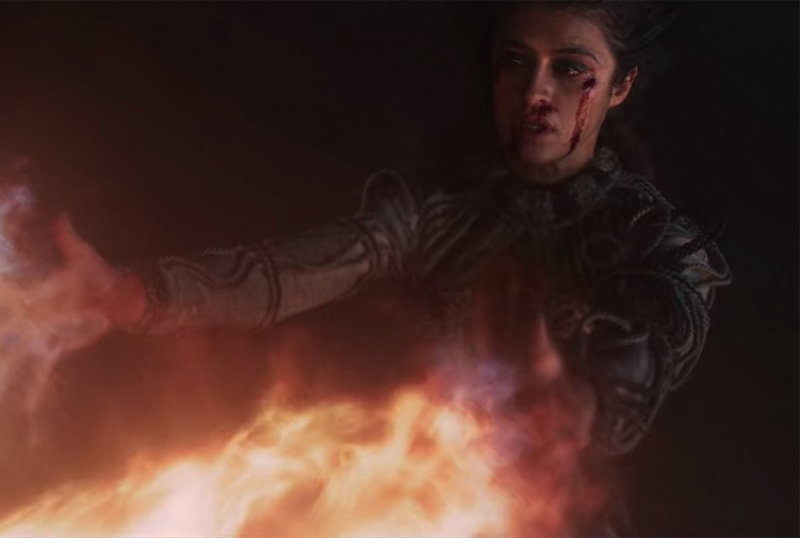 Struggling to keep up the fight, Yennefer psychically calls out to any allies in the area to help, with Tissaia hearing the call but unable to respond due to the dimeritium and Vilgefortz waking up and killing another Northern mage, marking him as a traitor in some capacity. While the battle ensues, Geralt hears it off in the distance and asks the merchant to take him there while Ciri can see the battle from the woman’s farm. As a last ditch effort, Yennefer absorbs the fire as she did with the lightning (see Episode 2) and climbs onto a nearby cliff top, unleashing it upon the soldiers and radius forest area seemingly burning them all to death while keeping Tissaia alive and Cahir watching in the distance. After the last of the fire passes her, Tissaia opens her eyes to see the scorched earth and Yennefer gone from the cliff, calling out her name as Geralt arrives at the battlefield and does the same.

People Linked by Destiny Will Always Find Each Other

Ciri awakens from visions of Tissaia and Geralt calling out for Yennefer and decides to take a walk through the woods as an unknown wagon approaches the farm. The wagon is revealed to be that of the merchant, whose wife is the one that took Ciri in and informs him of such. Geralt, having overheard the conversation, heads into the woods in search of Ciri and after not initially finding her is amazed to see her running up to him and the two embrace. After confirming that people linked by destiny will find one another, Ciri looks at him and asks who’s Yennefer, with the witcher giving no answer as it cuts to the credits.