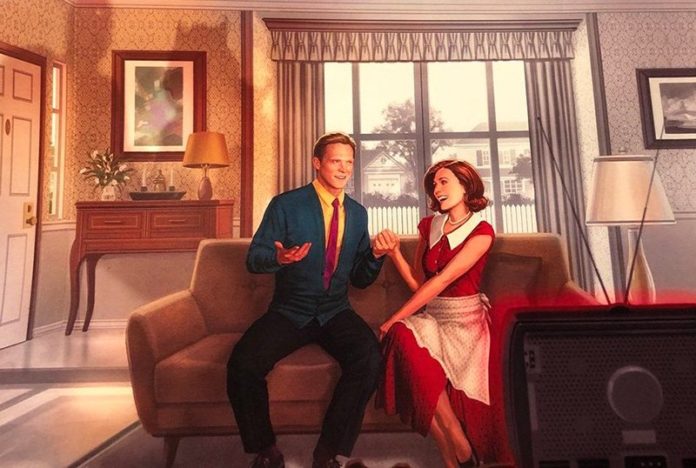 Disney+ Confirms WandaVision Is Coming In 2020

2020 was shaping up to be a fairly quiet year for Marvel Studios, with only Black Widow and The Eternals in theaters, and The Falcon and the Winter Soldier on Disney+. However, a New Year’s Day announcement from Disney+ has revealed that WandaVision is also coming in 2020.

When it was announced over the summer, WandaVision was expected to debut in 2021. Regardless, it has a prominent place in the following Disney+ 2020 preview trailer.

Is this not what 2020 vision means? From #ToyStory 4 and Aladdin to #LizzieMcGuire and WandaVision, here’s a look into our future at the blockbusters and Originals coming to #DisneyPlus this year. pic.twitter.com/QHGMHat89n

Elizabeth Olsen and Paul Bettany are reprising their respective roles as Wanda Maximoff /Scarlet Witch and Vision. Presumably the series will explain how Vision returns after his death in Avengers: Infinity War. Additionally, Olsen and Bettany will be joined by MCU veterans Kat Dennings and Randall Park. Dennings previously portrayed Darcy Lewis in the first two Thor movies. Park first appeared as FBI agent Jimmy Woo in Ant-Man and the Wasp.

Teyonah Parris is also starring in the series as Monica Rambeau, a grown up version of the young girl from Captain Marvel. Filming for WandaVision has already begun, but a specific debut date has yet to be revealed.

Are you excited to hear that WandaVision is coming a year early? Let us know in the comment section below!

Recommended Reading: Avengers: Vision & The Scarlet Witch – A Year in the Life