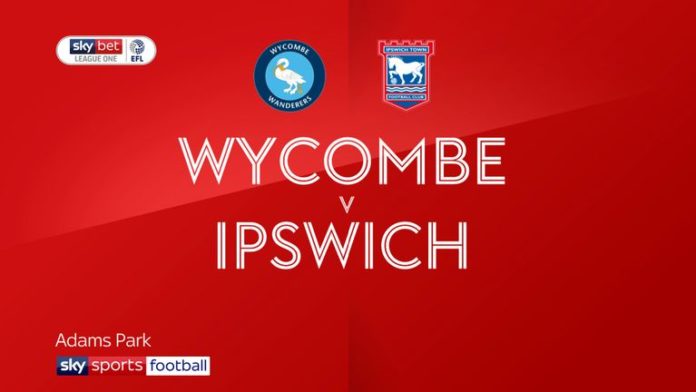 Promotion hopefuls Wycombe and Ipswich welcomed in the new year by sharing the spoils in a combative 1-1 draw at Adams Park.

James Norwood put the visitors ahead in the second half but Wycombe levelled 12 minutes later to claim a point through David Wheeler.

Gareth Ainsworth’s side had a glorious opportunity to take the lead but Paul Smyth inexplicably put wide in front of an open goal.

Alan Judge then drew a wonderful, one-handed save from Ryan Allsop before Giles Phillips had to direct Darius Charles’ deflection over.

Norwood’s goal nine minutes into the second-half gave the game the spark it needed, lighting the blue-touch paper for a terrific 45 minutes.

He registered his ninth of the season with a thumping header from Luke Garbutt’s quickly taken free-kick and, but for Allsop, Ipswich may have pulled away ahead of the equaliser.

But instead Wycombe levelled through Wheeler, lobbing a stranded Will Norris after a vital touch from Adebayo Akinfenwa, who made his presence felt after being introduced from the bench.