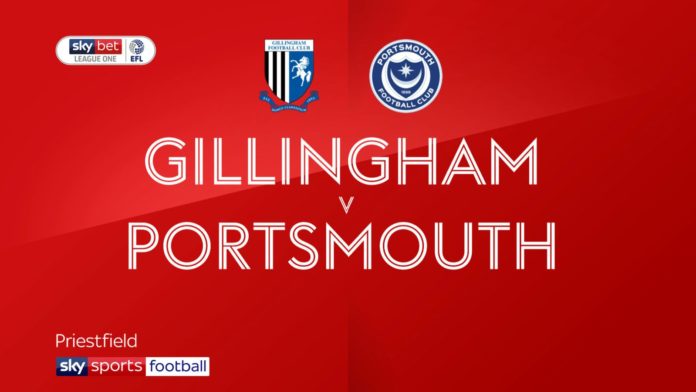 Substitute Alex Jakubiak scored a late equaliser as in-form Gillingham and Portsmouth played out a 1-1 draw at Priestfield.

Gareth Evans then threatened twice for Kenny Jackett’s side, who were seeking a third win from four games over the festive period.

First he fired at Jack Bonham from close range, before Gills captain Max Ehmer scrambled his low shot away from goal.

Evans finally broke the deadlock on 36 minutes, firing past Bonham from six yards out after meeting Marcus Harness’ cutback.

Former Portsmouth player Stuart O’Keefe struck the bar a minute before the break as Steve Evans’ side sought a quick-fire equaliser.

Bass looked like he’d earned his side victory when he tipped over Barry Fuller’s 20-yard shot 11 minutes from time.

But he was helpless to prevent Jakubiak netting his sixth league goal of the season 60 seconds later after good work from Southampton loanee Tom O’Connor.