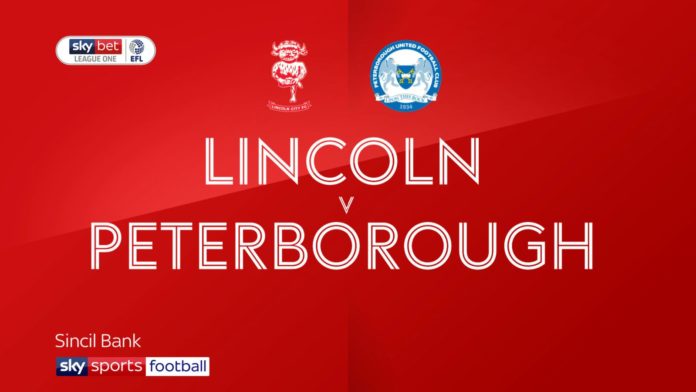 Having not scored in any of their previous three games, Posh took the lead on 27 minutes with a goal partly of Lincoln’s own making. As the hosts tried to play out from the back, the ball was intercepted before Ivan Toney steered in a superb effort.

The Imps pressed for an equaliser in the second half and were rewarded when Tyler Walker’s deflected effort after 67 minutes found net.

The turning point of the game arrived with 19 minutes to go, when Siriki Dembele, just a minute after coming off the bench, got himself sent off for lashing out at Joe Morrell right in front of the referee.

Lincoln then piled forward in search of a winner, with Harry Toffolo hitting the post and Harry Anderson’s header being denied by an outstanding save from Christy Pym.