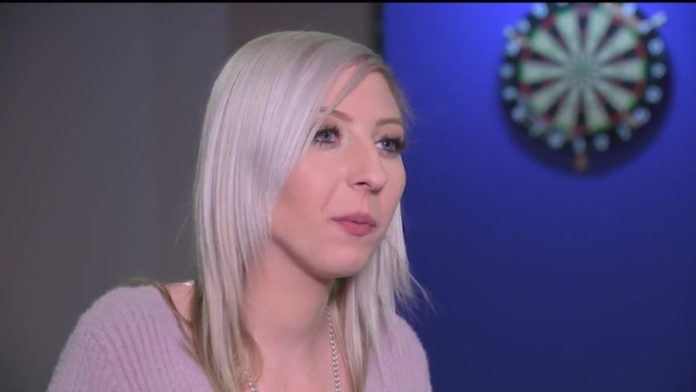 Nathan Aspinall and Glen Durrant will make their Premier League Darts debuts this year with history-maker Fallon Sherrock included as one of nine ‘Challengers’.

UK Open champion Aspinall and three-time BDO world champion Durrant were among nine ‘Contenders’ in last year’s competition and, after stellar seasons, the pair are rewarded with a spot among the elite nine.

Barry Hearn confirmed the field, as well as Sherrock and John Henderson as the first two ‘Challengers’, on Sky Sports, with the top four players in the Order of Merit earning their spot by right.

World No 2 and World Matchplay champion Rob Cross, beaten by Van Gerwen in last year’s final, returns for a third year in succession and Grand Slam champion Gerwyn Price completes the four automatic qualifiers for the competition, which gets underway in Aberdeen on February 6.

Two-time Premier League champion Gary Anderson is back after missing last year’s event with a back injury, while two-time major winner and world No 7 Daryl Gurney makes his third consecutive appearance and 2018 runner-up Michael Smith is also included as a wildcard.

James Wade, Mensur Suljovic and the retired Raymond van Barneveld are the men to be omitted from last year, with Anderson’s return and the elevation of Aspinall and Durrant meaning Wade and Suljovic had to miss out.

Durrant enjoyed a stellar debut year on the PDC Tour, reaching semi-finals in the Matchplay, Grand Prix and Grand Slam to go with two Pro Tour titles and an eventual quarter-final exit on his Ally Pally debut.

Meanwhile, ‘The Asp’ secured his first major title at the UK Open and added the US Darts Masters as his stock continues to rise.

First ‘Challengers’ revealed but remaining seven yet to be confirmed

After last year’s hugely successful introduction of the ‘Contenders’ to replace the injured Anderson, Hearn confirmed over the weekend that the concept would be back for the 2020 edition of the tournament and the first two names were revealed as part of the announcement.

Sherrock, the newly-crowned ‘Queen of the Palace’, takes top billing after her trailblazing showing at Alexandra Palace and she will feature on Night Two in Nottingham.

The 25-year-old from Milton Keynes has already been awarded a place at the six invitational World Series events and her victories over Ted Evetts and Suljovic – the first time a woman has won matches on the World Championship stage – have earned her a Premier League chance.

The other confirmed ‘Challenger’ is ‘The Highlander’ Henderson, who will feature on opening night in Aberdeen, where his memorable walk-on by a lone bagpiper thrilled the crowd last year.

Seven other names will be revealed in due course but world youth champion Luke Humphries, who enjoyed another impressive Ally Pally showing, could feature. Jeffrey de Zwaan, Dimitri van den Bergh, Max Hopp and Chris Dobey will all hope for a return after acquitting themselves well last year.

Keane Barry, Steve Lennon and William O’Connor will hope to take the ‘Challenger’ spot in Dublin, while Ian White, Joe Cullen, Stephen Bunting and Jonny Clayton will all hope for a chance given the switch of title from contender to challenger.

Coverage of the Premier League will be available every Thursday on Sky Sports from the opening night on February 6 in Aberdeen through to the Play-Offs on May 21.

Stay up to date with reports, interviews, features & reports at skysports.com/darts, our app for mobile devices and @SkySportsDarts.