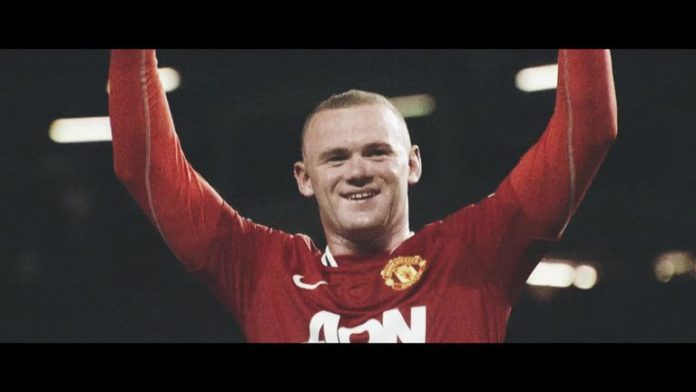 Wayne Rooney is about to embark on a brand-new chapter of his long and illustrious career.

At Manchester United, Rooney won the Premier League five times on his way to becoming the club’s top goalscorer of all time, before making a fairytale return to boyhood club Everton in 2017. Not to mention breaking Bobby Charlton’s 48-year-old scoring record for England in the process.

But on Thursday night, the 34-year-old is in line to make his Sky Bet Championship debut as Derby host Barnsley at Pride Park – live on Sky Sports Main Event from 7pm.

This is an incredible coup for Derby, there is no denying that. But club owner Mel Morris’ powers of persuasion are such that Rooney is the third high-profile arrival at the club in under 18 months, following former international team-mates Frank Lampard and Ashley Cole.

And speaking to Sky Sports, Rooney admitted that helping the club strive for a Premier League return alongside Derby manager Phillip Cocu, while also prolonging his playing career, was an attractive proposition.

“The opportunity came up, I think Mel spoke to my agent to see what the availability was,” said Rooney, who played his final game for DC United in their MLS play-off defeat to Toronto FC on October 25.

“We listened to the offer and the big thing for me was being able to play, but also have that coaching role where I can gain experience and almost start that transition from player to coach. That was a big pull for me.

“First of all he [Cocu] was a fantastic player, then a very good coach. So for me to be able to gain that experience working with Phillip was the reason I signed. I’ve been doing a lot of the training, dipping in and out with the manager and the staff in terms of stuff behind the scenes. I’ve enjoyed it; the manager has been great.

“When I signed, I went back to DC and played the rest of the season there. I signed in the summer and I’ve been in for a good few weeks now, training. I’ve got to know the players, the staff and I’m ready to play now. I’m looking forward to it.”

As perpetual promotion contenders, Derby are always there or thereabouts at the end of the season and finished as play-off runners-up to Aston Villa at Wembley in May. Right now, though, Rooney is joining a club struggling in the second tier.

They are 17th in the Championship table and have struggled for consistency under Cocu’s stewardship, failing to win successive games throughout the entire first half of the season. They have also not won away from home since the opening day and are the joint-lowest scorers in the division.

To make matters worse, they are closer to the relegation zone than they are the play-offs. On the face of it, the situation appears pretty bleak. Rooney, though, appears confident that improvements are afoot.

He continued: “I’ve watched the games before I joined here to get a feel of the way we play, to get a feel for the way the players play individually and as a team. I think where we are in the table, I feel we are a lot better than that and we need to improve, that’s for sure. We need to try and climb up that table and put ourselves in a good position, certainly to make the play-offs.

“It’s a league I’ve always watched and it’s a bit different to the Premier League; there’s obviously a lot more games, first of all. It’s a physical league. You do have to fight, you have to work and battle to get results and I’ve no problems with that.

“I think we’ve been lucky in the fact that also teams aren’t pulling too far away from us. The Championship, as always, is a league where, if you get some consistency in your game, you can push up the table quite a lot. We need to be more consistent and start winning two, three, four, five games on the bounce and if we do that, we’ll put ourselves in a good position.”

Talking of positions, there are plenty of people wondering where he will play at Derby. In the latter years of his time at United, Rooney was often deployed in a deep-lying midfield role by Jose Mourinho, though he later reverted to playing up front during his time with DC. His versatility is obvious.

“It depends on the team, how we’re playing, how the manager wants us to play as a team,” he said. “I’m sure I’ll play in different positions, the same as I have in every team I’ve been at, really.

“I feel I can add quality to the team, experience to the team. We’ve got a lot of young players so I feel there’s plenty I can offer the team to help us do better than what we are doing. I’m ready to play, whether it’s striker, No 10, midfield.”

Rooney’s contract will take him past his 35th birthday, but although he offers little insight into how long he plans to continue playing beyond that – if at all – the hunger of that 16-year-old, who burst onto the scene with that stunning goal against Arsenal in October 2002, remains.

“I love playing, I love watching, I love being around football and being involved in it,” he said.

“It’s what I’ve always done from a very young age. I’ve played with players who don’t like football at all and they do it as a way of earning a living. I’ve been fortunate that I can earn a living doing what I love.

“I’ve been very lucky in my career, I haven’t had any major muscle injuries which can affect you later on. I don’t think I’ve missed a training session for the last two years. I’ve got an 18-month contract and then it depends on, first of all, how my body is after that 18 months and secondly how Derby feel I’ve done. After that we’ll see what happens.

“It’s always exciting to join a new club and to pull a new shirt on for the first time and play. It’s getting through the next few weeks, training and then being ready for January 2.”