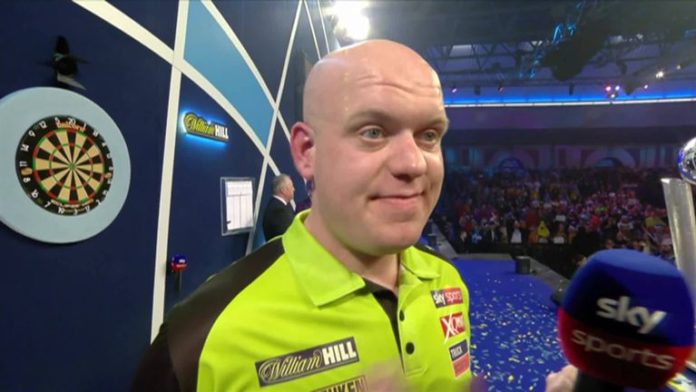 The world No 1 suffered double trouble throughout his 7-3 defeat at the hands of flamboyant Scotsman Peter Wright.

Van Gerwen tasted defeat in the sport’s showpiece game for just the second time, having lost to Phil Taylor in 2013.

He failed to claim crucial set-deciding legs throughout the match and although the Dutchman landed 16 180s and averaged 102.88, Wright’s 55 per cent double success rate proved to be an important factor.

His finishing was phenomenal and I can only blame myself.

“Of course I’m very disappointed,” said Van Gerwen. “Everything I missed, he took out. His finishing was phenomenal and I can only blame myself.

“I had six darts to break throw in the fifth set, and if you don’t take chances like that, you don’t win, simple as that.

“I can only blame myself for missing at important moments but I will work hard to come back stronger from this.”

Van Gerwen later added he will aim to shrug off defeat and return “stronger” in his pursuit of a fourth world title.

“I felt my preparation was right and I will do exactly the same next year but at the crucial moments I wasn’t there when I should have been. Fair play to him.”