Home Sport Which fight do you want for 2020? 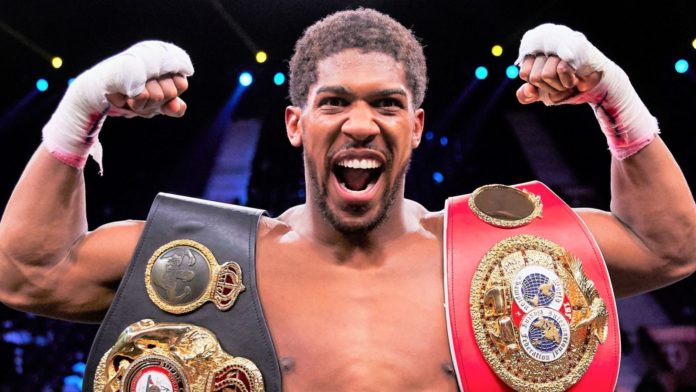 At the start of 2020, we have picked out a few eagerly awaited fights that could be staged in the next 12 months.

Anthony Joshua, Saul ‘Canelo’ Alvarez and Vasiliy Lomachenko all return to action, but will we see them take on their fiercest rivals, and could a hotly debated domestic clash be delivered in the near future?

Fresh from victory over Andy Ruiz Jr in their rematch, Joshua has reiterated his desire for an undisputed world heavyweight title fight against either Deontay Wilder or Tyson Fury.

WBC champion Wilder must first face Fury in a Las Vegas rematch on February 22, with Joshua backing his fellow Brit to claim the title as he believes a massive domestic showdown would be easier to agree.

Saul ‘Canelo’ Alvarez has been reluctant to grant a third fight to Gennadiy Golovkin, having firstly battled to a draw and then claimed a points victory over his Kazakh rival.

With Golovkin set to fulfil a mandatory IBF title defence in March against Kamil Szeremeta, fight fans will be made to wait a bit longer, but promoter Eddie Hearn, who works closely with GGG, believes a clash with Canelo can happen in September.

Vasiliy Lomachenko has already lined up an undisputed world lightweight title fight against Teofimo Lopez, Brooklyn’s newly crowned IBF champion, but if the Ukrainian prevails then he will again be linked with Gervonta Davis.

The slick southpaw, who was mentored by Floyd Mayweather, defeated Yuriorkis Gamboa to claim a version of a WBA belt in the same division and has welcomed a showdown with the Ukrainian star.

Errol Spence Jr expects to return this year after appearing to avoid career-threatening injuries in a horrific car crash, although the WBC and IBF title holder is unlikely to head straight for a welterweight unification clash against Terence Crawford.

After becoming undisputed champion at super-lightweight, Crawford has claimed the WBO belt at 147lbs and insists he is ready for Spence Jr, whenever his fellow American is willing to accept a battle between two highly respected unbeaten champions.

Joshua Buatsi has been hailed as a future world light-heavyweight champion, having showcased his polished skills and explosive power in 12 wins, while Brit rival Anthony Yarde emerged with credit after testing himself at the highest level in a stoppage loss to Sergey Kovalev.

The Londoners have been on a collision course since turning pro, with constant questions about a future fight, and they could appease the public demand for a exciting domestic clash before tackling one of the world title holders at 175lbs.

Best of the rest?

Dillian Whyte has been made to wait for a WBC title fight, but an explosive British battle with Anthony Joshua is an attractive option for either man. Elsewhere in the heavyweight division, two unbeaten contenders could collide as Daniel Dubois edges closer to a fight against Joe Joyce.

Josh Taylor holds two super-lightweight world belts after winning the World Boxing Super Series and would relish an undisputed title fight with Jose Ramirez, a fellow unified champion. Josh Kelly and Conor Benn have also called each other out, with Anthony Fowler hunting down a rematch with Scott Fitzgerald, in two other enticing domestic fights.

And finally, could it be the year when Amir Khan and Kell Brook settle their long-running feud?