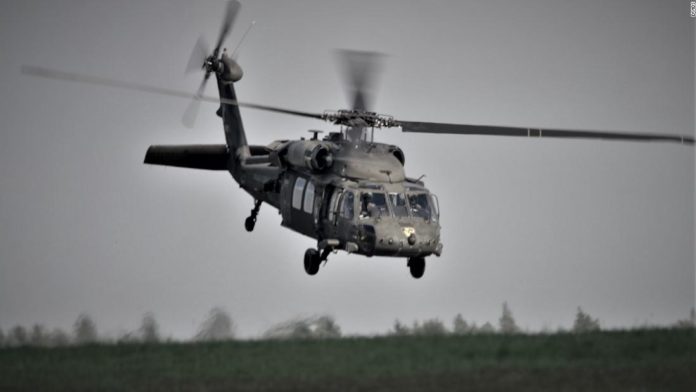 Gen. Shen Yi-ming, 62, the Taiwan military’s chief of general staff, was en route to visit troops when the UH-60M helicopter disappeared from radar near New Taipei City while carrying 13 people, including the crew.
Shen was confirmed dead along with seven other people on board, Lt. Gen. Hsiung Hou-chi of Taiwan’s air force told a news conference Thursday afternoon. Five people survived.
The helicopter lost contact with base 13 minutes after taking off, at 8:07 a.m. local time, Hsiung said. He added the helicopter’s condition was “not ideal,” and the ministry had set up a task force to investigate the cause of the incident.
Shen was initially found conscious by a search team from the New Taipei City fire department and sent to hospital, spokesman Chen Hao-feng told CNN.
Shen, a graduate of Taiwan’s Air Force Academy in 1979 and the US Air War College in 2002, previously served as the island’s air force commander. He took office as chief of general staff in July last year.
The crash comes ahead of the self-governing island’s general election on January 11. President Tsai Ing-wen, of the pro-independence Democratic Progressive Party, will face off against Han Kuo-yu of the Kuomintang Party, which has advocated for closer ties with mainland China.
Both main candidates have suspended their election campaigns following the crash. Tsai’s campaign office said she would stop electioneering for three days, while Han’s campaign office announced that all activities would be canceled for Thursday and Friday.
Posting on Facebook on Thursday afternoon, Tsai said she had arrived in Yilan county, near the crash site. “Chief of the General Staff Shen Yi-ming was an outstanding, competent general, as well as a chief loved and esteemed by everyone. His departure has left us with tremendous wistfulness and sorrow,” she wrote.