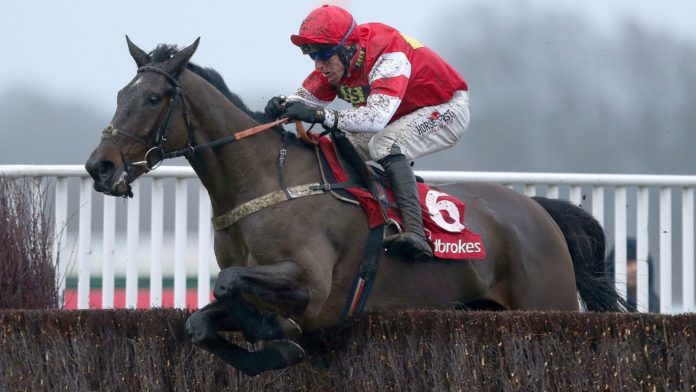 Slate House could warm up for his planned Cheltenham Festival date in the Sodexo Reynoldstown Novices’ Chase at Ascot on February 15.

The three-mile contest is one of two Grade Two races, along with the Cotswold Chase at Cheltenham, under consideration for the Colin Tizzard-trained eight-year-old ahead of the RSA Insurance Novices’ Chase in March.

Slate House took his form to new heights as he registered a first Grade One triumph in the Kauto Star Novices’ Chase at Kempton on Boxing Day.

Joe Tizzard, the trainer’s son and assistant, said: “The Reynoldstown is the obvious race for him. It’s a Grade Two around Ascot and it would be ideal for him.

“We won it last year with Mister Malarky so that is the race we initially thought of. He has come out of his race at Kempton well.

“We were looking at races for him on Trials Day and he could go for the Cotswold Chase as he is good around Cheltenham and the owners are open to having a crack at anything. He will almost certainly end up in the RSA though.”

Grade One-winning stablemate Kilbricken Storm will be aimed at a Pertemps qualifier after finishing third in a handicap at Cheltenham on New Year’s Day.

Tizzard said: “It was a lovely run. I’m chuffed with him as he travelled well. He broke his pelvis last season and these two runs this season will act as confidence boosters.

“I think he will improve again and will gain in confidence going forward. We need to get him qualified for the Pertemps as that is the only handicap he can run in at the Festival, so I would have thought his next run would be in a qualifier.”