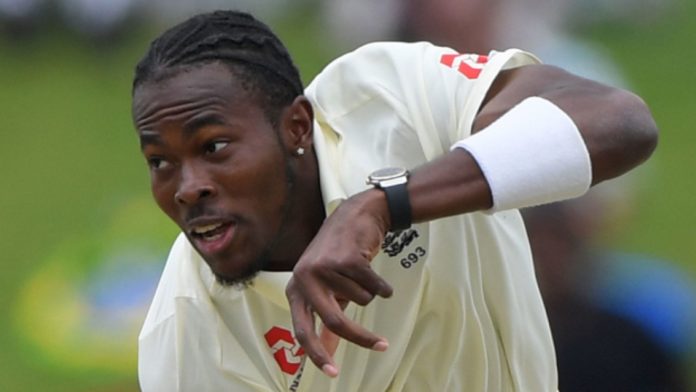 Jofra Archer remains a doubt for the second Test against South Africa with England to make a late call on the seamer’s fitness.

Archer has gone for a scan on his right elbow ahead of the clash in Cape Town on Friday, at which England will be looking to level the four-match series after losing the opener at Centurion by 107 runs.

Seamer Mark Wood and spinner Jach Leach are unavailable, with Wood still working his way back to full fitness after side and knee injuries and Leach having suffered badly from the illness that swept through the England camp before and during the first Test.

“It will be another late call,” England captain Joe Root said on Thursday when asked about Archer. “Not knowing exactly how Jofra is might change how we balance the side up.

“I think it’s a recurring injury and he’s had it before. He did pull up very sore [on Wednesday] and seemed to be in a little pain.”

England did not select a front-line spinner at Centurion but off-spinner Dom Bess and leg-spinner Matt Parkinson are options should the tourists want one at Newlands.

Bess was not selected in England’s initial squad but earned a call-up following the virus that has so far affected 11 players and a number of members of the backroom staff.

Pieter Malan will make his South Africa debut as Dean Elgar’s opening partner, with Aiden Markram ruled out of the rest of the series with a fractured finger.

Rassie van der Dussen, who hit a half-century on debut in the Proteas’ victory at SuperSport Park, will retain his place in the middle order despite Temba Bavuma having passed a fitness test.

“Pieter will come in at the top and make his debut on his home ground. He is a guy who knows his game,” said South Africa captain Faf du Plessis.

“Temba is fit but we feel it’s the right thing to do to stick with Rassie. Any player needs a bit of time, that’s how you’d like it in any format.”

Watch day one of the second Test between South Africa and England, in Cape Town, live on Sky Sports Cricket from 7.30am on Friday.