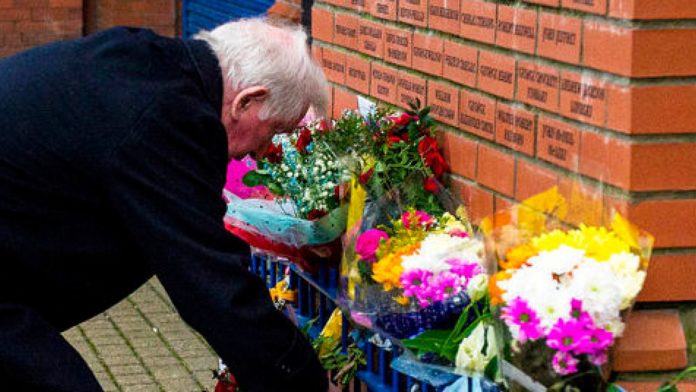 Rangers staff, former players and supporters have been remembering those who lost their lives in the 1971 Ibrox Disaster.

Sixty-six people died in a crush on staircase 13 at the end of the Old Firm derby 49 years ago. More than 200 people were injured.

John Greig, who was captain on the day, was among those who commemorated those who died, laying a wreath outside the stadium before a minute’s silence was observed.

The names of all 66 victims were read out during a short service led by the club’s chaplain Stuart McQuarrie.

The crush happened in the moments after the game had finished 1-1.

Both goals came in the final two minutes, the first from Celtic’s Jimmy Johnstone before Colin Stein’s late equaliser.

As a crowd of 80,000 fans filtered out on to the surrounding streets, many fell coming down the stairs on a passageway at the Copland Road end of the ground.

Steel barriers crumpled under the weight of so many people.

It was the biggest single loss of life at a Scottish football match and it remains the darkest incident in Rangers’ history.