Home Culture Recent suicides show the dark side of K-pop 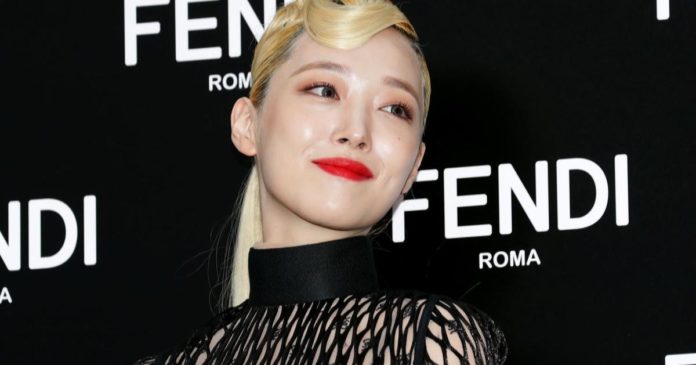 K-pop is taking the U.S. by storm. Heartthrob boy band BTS is one of the top musical acts in America, racking up more than 1.2 billion audio streams in the U.S. in 2018, not far behind Taylor Swift. And last spring they also reportedly made more than $44 million from just six U.S. stadium concerts.

But the apparent suicides of two female K-pop stars in less than two months have revealed a darker side. First, in October, 25-year-old Choi Jin-ri, known as Sulli. Then, in November, her close friend, 28-year-old Goo Hara.

Together they amassed hundreds of millions of views on their music videos. But despite their international fame, both women were long-time targets of cyberbullying.

In K-pop, perfection is a must — in discipline, performance and in looks. No one understands that better than K-pop artist Amber Liu, who says there is an expectation in the industry to be perfect.

“If you aren’t under a certain weight, you can definitely get cut,” Liu said. “You’re told what to do, what to say, what to think.”

Liu was Sulli’s former bandmate and friend. She says she’s seen the toll the cutthroat industry, combined with cyberbullying, can take.

“When [people] hear you’re getting help they’re like, ‘What? Why are you getting help? That’s weird.’ And that stigma against mental health is just so strong,” Liu said.

There’s a nationwide mental health crisis in South Korea, where the subject is still taboo and there’s limited resources for those seeking help. According to the World Health Organization, South Korea has one of the highest suicide rates of any country, nearly double the U.S.

Sulli, who died in October, was an outspoken mental health activist and feminist, an anomaly in the industry.

Aging is yet another stress. K-pop stars already have a short shelf life — retirement age is 30 if not earlier.

And young rising idols, like Alexaundra Christine Schneiderman, who performs under the stage name Alexa, can add to that.

“They’re called idols, because they’re put on this pedestal of kind of like untouchable perfection I guess in the public’s eyes, in the consumers’ eyes,” Alexa said.

The 22-year-old Korean-American from Tulsa, Oklahoma, debuted her first single “Bomb” in October. It has 9.5 million YouTube views and rising.

“The music video took two days to film, 24 hours each day, almost,” Alexa said. “With like six costume changes. Six or seven set changes. And whenever I’m performing, I always get this adrenaline rush.”

In two days, CBS News followed Alexa’s busy schedule, from hair and makeup to her late-night filming of a Christmas video for social media.

“I myself have struggled with self-confidence for years and finding the capability to love myself, but I have recently stumbled upon that,” Alexa said.

South Korea society is slow to change, but there’s hope.

After Sulli’s death in October, the Korea Entertainment Management Association announced its plans to try and stop cyber violence, saying it will “root out malicious commenters” online and seek to have them punished.

Liu thinks that’s a good start. She says sometimes she thinks about why she’s still in the business, but keeps going, for her friends who are now gone.

“I feel like the easiest thing that we can all do, everybody can do, is just try to be kind to one another,” Liu said.