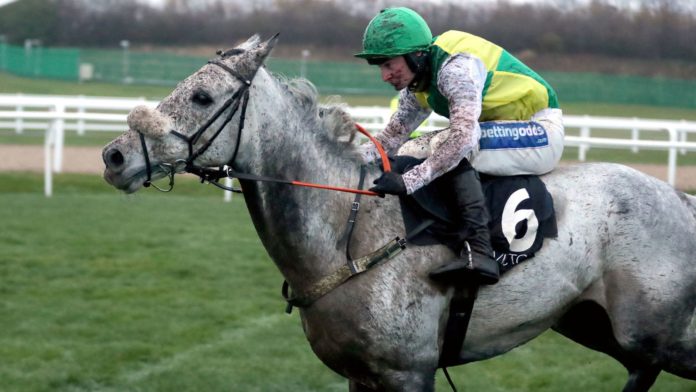 Lake View Lad may wait until mid-February at least for his next race as connections prepare for another crack at the Randox Health Grand National at Aintree.

The grey, one of three-time Grand National-winning owner Trevor Hemmings’ powerful string, was an eye-catching third in the Rowland Meyrick Handicap Chase at Wetherby on Boxing Day on his second start of the campaign.

Trainer Nick Alexander was delighted with that effort in a race Lake View Lad had won 12 months earlier, but prefers not to run him again until the weights for Aintree are released on February 11.

“He’s come out of it really well,” said Fife-based Alexander.

“We’re very happy with him. He had his first canter on Tuesday and looked absolutely spot on.

“I suspect we might not run him until the National weights are out. He’s dropped another 1lb (to 154) for that. We might wait until February to run him now – because he has a hard old race the other day.

“He finished strongly, looked like he stayed very well, so the dream is still alive.

“The National is the target. We will run him before then, but I’m not quite sure where we’ll go.”

Lake View Lad was pulled up after being hampered by a faller at the fourth-last fence in last season’s National – which was won by Tiger Roll for the second year running.