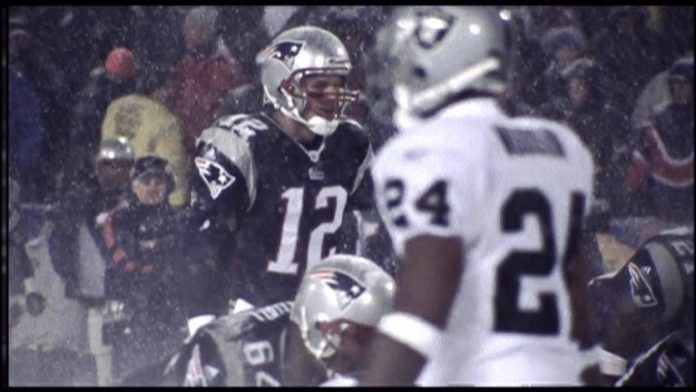 Watch coverage of Bills at Texans from 9pm on Saturday on Sky Sports Action (407), with kickoff at 9.35pm

An exceptional second year for the Houston Texans quarterback ended in a 21-7 Wild Card defeat to the Indianapolis Colts, during which he went 29 of 49 for 235 yards, one touchdown and one interception, as well as being sacked three times.

Short-term disappointment now threatens the potential to become long-term understanding of how best to approach postseason football. A year on and the Buffalo Bills must contain a more street-wise and equipped talisman than the Colts were faced with.

“Just being able to be prepared and see how the energy and everything changes in a playoff game, it really helps out to kind of get that firsthand look last year. I know it didn’t go our way but we’ve got another opportunity this year.”

Pressuring Watson is only half the job for the Bills defense in Saturday’s Wild Card round matchup.

The 24-year-old’s explosive dual-threat qualities are bolstered by a willingness to put his body on the line, resuscitate collapsing plays and shoulder the responsibility as his team’s star man.

Houston’s 53-32 victory over the Atlanta Falcons in Week Five showcased every reason to admire what Watson brings under center, from his ability to beat tight coverage to the athleticism to escape the pocket.

It’s third-and-seven and Watson drops back unable to find an open target; he rolls right to evade the rush before bursting through the pack of bodies, losing the football, scooping it back up and proceeding to run for a first down.

Then came a second-and-goal later in the first half, with Watson splitting two Falcons defenders to find Will Fuller in the endzone for one of his three touchdowns on the day. His dominance continued after the interval as he fired a laser through a closing avenue to connect with Darren Fells for another score.

With every completed pass or successful scramble Watson only grew in confidence. The Falcons soon learned a confident Watson was indeed a dangerous Watson.

As for the toughness and the heart, that was on full display in Week Eight’s 27-24 win over the Oakland Raiders as Watson received a kick to the face while scrambling on first-and-goal before managing to find Fells in the end zone with his left eye closed.

He has since out-played Tom Brady and the Patriots, pulling off a trick play in tandem with DeAndre Hopkins and Duke Johnson that he had drawn up on a piece of paper and pitched to the team the previous week.

Watson will have something in common with opposing quarterback Josh Allen on Saturday, with the pair tied-first alongside Russell Wilson for leading the most game-winning drives in the NFL with five apiece.

He has also rushed for 413 yards, which is fourth for quarterbacks in the league behind Allen’s third-most 510, and has scrambled a third-most 44 times.

It may, however, take more than Watson and his relationship with Hopkins to dissect a Bills defense that is allowing fourth-fewest yards per game against the pass at 195.2 and a second-fewest 16.2 points per game.

As far as supporting casts go, that starts with a Texans offensive line that has given up an eighth-most 49 sacks so far this season.

The availability of Laremy Tunsil will be key after the left tackle missed the Texans’ Week 17 defeat to the Tennessee Titans following an ankle injury suffered in the previous week’s win over the Tampa Bay Buccaneers.

Another man whose fitness the Texans will be sweating over is wide receiver Fuller after he sustained a groin injury against the Buccaneers.

The 2016 first-round pick has grown to be a driving force alongside main weapon Hopkins in this Texans offense, particularly as a deep threat.

Watson’s completion percentage on downfield passes is 43.2 with Fuller compared to 34.3 without him, while his passer rating is 94.6 with him compared to 66 without.

His percentage of downfield attempts with Fuller is also 16.5, up significantly on the 10.7 in the 25-year-old’s absence.

Should Fuller miss out at the weekend the onus will fall on one of his team-mates to support Hopkins, who could be deemed part of the supporting cast, but seems more worthy of recognition as one of Houston’s ever-present factors.

Establishing the running game remains vital in playoff football and it’s for that reason Carlos Hyde could play a prominent role. The veteran back surpassed 1,000 rushing yards in a season for the first time in his career this year and enters the Wild Card round with six touchdowns on the ground.

Johnson may also see a busy day as a useful receiving option out of the backfield having made 44 catches for 410 yards and three touchdowns. DeAndre Carter gives the Texans another target after making six catches for 65 yards in the absence of Hopkins and Fuller against the Titans.

Stills, who has also been nursing an injury, would boost the Texans if he is able to return to action having proven valuable support for Hopkins with 40 catches for 561 yards and four touchdowns in 2019.

Defense needs to step up?

J.J. Watt’s possible return from injury looms as a major lift, but it is down to his defensive team-mates to improve rather than rely on immediate impact from one of the league’s elite edge rushers.

Houston’s defense is ranked 28th in the league overall, 29th against the pass, 25th against the run, last in red zone situations, tied 26th for fewest sacks with 31 and 31st for most yards allowed per play.

Whitney Mercilus will lead the effort in that respect as the Texans’ top pass rusher with a team-high 7.5 sacks and four forced fumbles. He will need help from tackle D.J. Reader and Brennan Scarlett in getting to Allen, while the AFC’s leading tackle Zach Cunningham (144 total tackles) promises to be integral against the rushing threat of the Bills quarterback and rushing leader Devin Singletary – who will also be expected to serve as an option in the pass game.

While Watson looks to carve the Bills’ defense open, he’ll be relying on those on the other side of the ball to do their part.

Watch every game on Sky Sports Action (407) as playoff coverage begins on Saturday at 9pm with the Buffalo Bills at Houston Texans; Sunday’s action kicks off with Vikings at Saints on air from 5.30pm