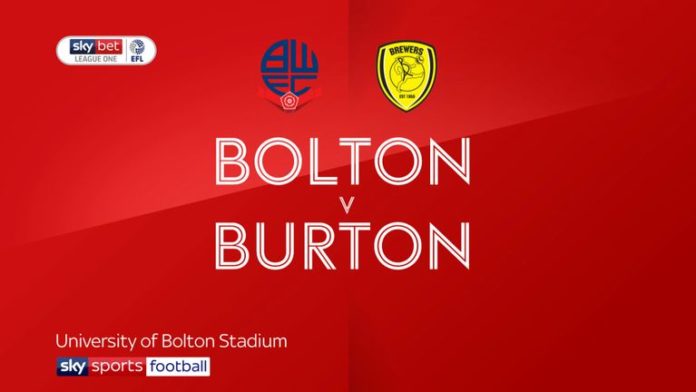 A Bolton supporter has been issued with an immediate banning order for alleged racist abuse during the match against Burton on New Year’s Day.

Bolton have confirmed an incident took place during their Sky Bet League One match against Albion at the University of Bolton Stadium, which the visitors won 4-3.

A club statement said: “A report was made to our stewards during the game regarding a supporter using racially abusive language.

“The individual was immediately ejected from the stadium and has subsequently been issued with an immediate banning order, pending further investigation by Greater Manchester Police.

“Bolton Wanderers Football Club does not tolerate racist or discriminatory abuse of any kind and will not hesitate to take the appropriate action.

“We continue to encourage supporters to report any such behaviour to their nearest steward or to download the Kick It Out app.”

Elsewhere on Wednesday, Huddersfield’s home Sky Bet Championship defeat to Stoke was interrupted by a tannoy announcement after visiting midfielder James McClean had allegedly been targeted by sectarian abuse.

There were also three fans ejected from the Amex Stadium for “unacceptable abuse” during Brighton’s home draw against Chelsea in the Premier League.