Home World The best skills to have on your resume 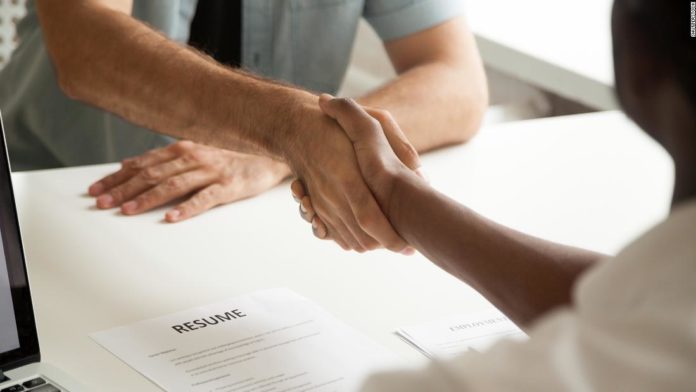 You want to impress recruiters by highlighting your skills and experiences, but you don’t want to overwhelm them with too much information either.
The key to striking the right balance and making your resume stand out is to include skills that are tailored to the position you’re applying for.
“A resume is a foot in the door,” Vicki Salemi, a career expert at Monster, told CNN Business. A well-tailored resume that highlights skills that are most important for the role and that you can back up with specific accomplishments or experiences will intrigue a recruiter and help get you through the door.
Here are other tips for an eye-catching resume:

Determine which skills to emphasize

The most effective way to tailor your resume for a specific role is to identify the top skills listed in the job description and highlight them on your own resume. Also, make sure to mirror the language used in the job description. This should help get your resume past the electronic screening that many companies put resumes through to scan for keywords before a recruiter looks at them.
Typically companies will list the most important skills and responsibilities needed for the job first so focus your resume on those.
Companies are “basically providing you with a cheat sheet,” said Salemi.
Of course, only highlight the skills that you actually possess and do not lie. “Lies catch up with you,” warned Amanda Augustine, career advice expert for TopResume.
If the job description is vague, reach out to people at the company or to those who work in the industry and ask them to elaborate on the skills that would be necessary for the role. Or find similar job descriptions and take note of the keywords that routinely pop up.

Maintain a balance between hard and soft skills

Make sure to have a combination of both hard and soft skills on your resume.
Soft skills are the set of behaviors and personality traits that you use everyday, like collaboration and problem-solving, while hard skills tend to be function-specific and technical like computer programming. Both sets of skills are important. As much as employers want to hire someone qualified for the role, they also want to know whether you’ll be a good cultural fit.
“When interviewing candidates with nearly identical resumes, interviewers will most likely pick the candidate that fits better with the group,” said Salemi.
Keep the skills section of your resume limited to between six and eight skills, said Steve Arneson, author of “What Your Boss Really Wants from You.” You don’t want to overwhelm a recruiter. If you want to include more, weave your non-technical skills into your professional history.

Back skills up with evidence

Don’t just submit a resume with a list of skills and job titles. You also have to substantiate them with concrete examples.
When you’re describing a previous role, include any relevant accomplishments. “The best way to do this is to quantify or tell a story,” Augustine said.
For example, if you’re stating that you’re an effective salesperson, you should include whether you won salesperson of the month or that you expanded your territory by a certain percentage.
You should also introduce each skill with an active verb — such as “analyzed,” “organized,” “delivered,” “created” and “developed” — to keep the recruiter’s attention.

Don’t get discouraged if you’re lacking certain skills that are key for the positions you’re applying to. Instead, work on developing them.
For example, if you’re applying for a position at a hospital, try to get free online demos for key software skills like patient scheduling. Also take online courses on websites like LinkedIn Learning or Coursera.
Hard skills are easier to learn, but even soft skills can be developed over time. You just need to find an effective way to learn them and get that across in your resume.