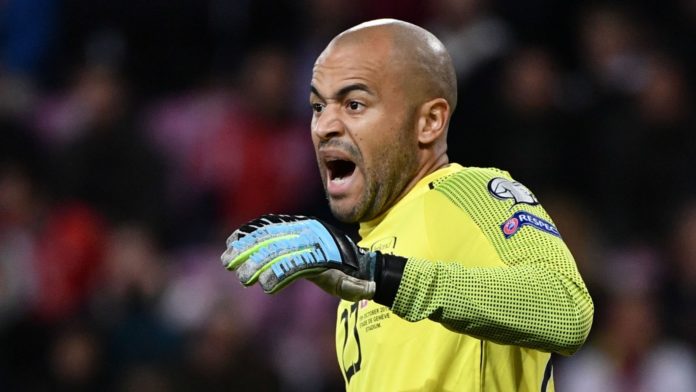 West Ham have had an undisclosed bid rejected by Middlesbrough for their former goalkeeper Darren Randolph.

New Hammers’ boss David Moyes is desperate to sign a new goalkeeper to compete with Lukasz Fabianski for the No 1 jersey and wants to bring the 32-year-old Republic of Ireland international back to the club.

Moyes is in the market for a new keeper with Fabianski only recently returning to the side after injury and question marks remaining over deputies Roberto and David Martin.

Randolph was previously at West Ham for two years before signing for Middlesbrough in 2017 but has been out of the side since November due to a quad muscle injury.

West Ham are understood to have already been offered the chance to take goalkeeper Asmir Begovic on loan from Premier League rivals Bournemouth.

Begovic has been on loan at Qarabag in Azerbaijan during the first part of the campaign but is understood to want to return to England for the rest of the season, preferably the Premier League.

Another six-month loan at Qarabag is still an option for the Bosnia-Herzegovina stopper, but there is also interest in him from a number of Championship clubs.