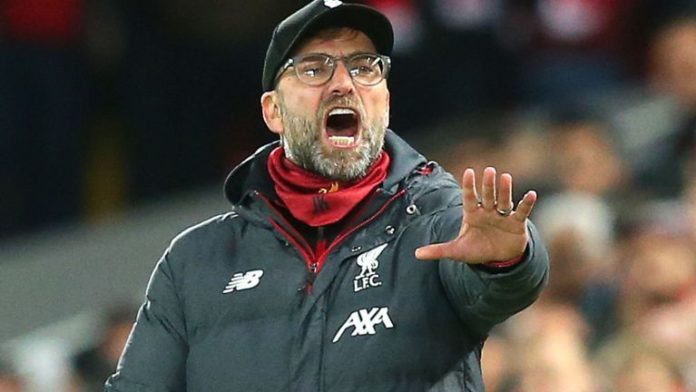 Jurgen Klopp has warned there is still room for improvement at Liverpool despite going a full calendar year in the Premier League unbeaten.

The runaway league leaders took another huge stride towards a first league title in 30 years as goals from Mohamed Salah and Sadio Mane secured a commanding 2-0 victory over Sheffield United at Anfield.

The victory restored Liverpool’s 13-point gap at the top of the table, saw them equal the record for points at this stage of a top-flight season and extended their unbeaten run in the competition to 37 games – 12 short of Arsenal’s 49-game record – yet Klopp maintains there is more to come from his team.

“We know there is room for improvement,” Klopp told his post-match press conference. “It’s important for us.

“We care only about ourselves, we can do things better and we have to. Each player wants to do better and knows [they can] do better. There were some things we did better than the last game which helped tonight.”

‘A performance as good as anything’

Sheffield United have developed a reputation for disregarding their opponent’s stature since gaining promotion to the Premier League, but their plan went out the window inside four minutes at Anfield as Salah slotted Andrew Robertson’s cross home after George Baldock’s unfortunate slip.

58 – Liverpool have accumulated 58 points from their 20 Premier League games this season; in English top-flight history, only Manchester City in 2017-18 (also 58) have had as many points at this stage of a campaign (assuming three points for a win all-time). Rolling. pic.twitter.com/NiTiYK4q5r

Mane sealed Liverpool’s impressive victory midway through the second half with a stunning counter-attack goal, but the off-colour Blades could have been further behind against the superior Reds.

“That was the best thing the boys did tonight, they didn’t let them get anything out of the game, which is really difficult.

“We didn’t let them have the moments they wanted, we controlled the game and [the win] was very well deserved.

“It’s an intense period of the year but in terms of an overall performance it was as good as anything, really, really good. That makes me happy.”

874 – Liverpool completed 874 passes against Sheffield United this evening; their most in a Premier League game since Opta have this data recorded (since the 2003-04 season), with only Manchester City managing more in a game in this period (three times). Untouchable. pic.twitter.com/EnaMAJTuMF

Plenty of people have already publicly crowned Liverpool champions of the Premier League, and Sheffield United manager Chris Wilder came close to adding to their growing number after his side’s defeat at Anfield.

He said: “The run they’ve been on, you just look at the appetite and the desire of everybody around the football club, it’s got a feeling of a relentlessness about them and the supporters as well, the way they drive their players on.

“They realise what a huge, important season it is and a fantastic position they’re in. It’d be a very brave man to bet against them being the champions of this division.”

Bristol vs London Irish off due to positive coronavirus tests