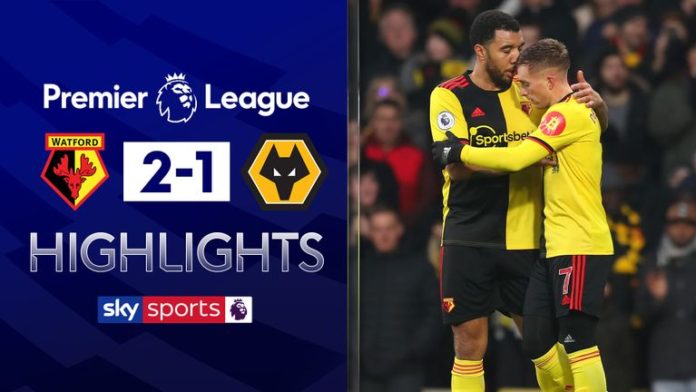 Kabasele’s two-game suspension stands after his sending off

Watford failed with their appeal against the red card given to Christian Kabasele in their 2-1 win against Wolves on New Year’s Day.

The 28-year-old defender was originally handed a yellow card for bringing down Diogo Jota as last man on the edge of the box, however VAR deemed the foul to be worthy of a red.

It meant the decision of referee Andy Madley was overturned and instead upgraded to a dismissal for preventing what was deemed to have been a goal-scoring opportunity.

There is an argument fellow Watford defender Craig Cathcart had the opportunity to cover for Kabasele, but former Premier League referee Dermot Gallagher said the decision was a “great example of VAR” on Ref Watch.

He said: “I think there isn’t cover in behind Kabasele when the foul is made and at that point, Cathcart is too far away.

“Jota could have had a shot on goal. The VAR would have asked whether the attacker would have the opportunity to shoot at goal and the answer definitely is yes.

“This is another great example of VAR as the on-field referee wouldn’t have seen what the replays show.”

Kabasele’s two-match ban will now stand following the failure of the appeal.

Watford have enjoyed an upturn in results since the arrival of new manager Nigel Pearson, picking up 10 points out of a possible 12 in their last four games.